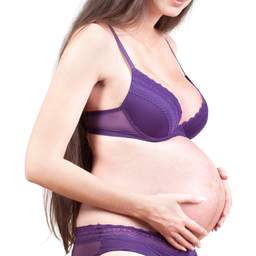 back to back vs normal labour

so I'm on baby number 3 however I'm sure my previous two were back to back labour/birth as they both were the same but baby number 2 definitely was back to back as he came out facing up so I'm assuming first was too as they felt exactly the same and similar lengths ... well this time baby was in ideal position when I had scan last week aka not back to back and they say back to back labour is the worst and I found it bearable for the most part so I'm now wondering will i know I'm in true labour with this one as I say my back to back labours were bearable right until last minute nearly lol I keep getting what I'm assuming is false labour as it don't progress but some of it feels like when my back to back labour was in full swing so I keep thinking is this it because of previous experience being bearable ... I keep feeling pains in my back all the way up and sometimes strong period pain cramps all way around waist but as I never really have period pain when on period it still not what I would call bad bad but definitely noticable but like I say it don't seem to get worse but as I could have a different labour this time I don't know what to expect if that makes sense