Hey everyone, basically I had an ectopic pregnancy in March! It was removed via Surgery and my bloods have been checked since! The pregnancy hormone has never completely gone and in fact, has actually started to rise recently unexpectedly!

Doctors are waiting for more bloods and tests to see what’s going on! It’s not a new pregnancy as even though I’ve had sex since my operation, it’s been protected. Add that to the fact my body is still registering as pregnant it can’t happen anyway and it would of had to do a months worth of cycle in a few days if by any stretch of the imagination it dropped below 5 in the week between tests! They suspect possibly retained tissue from surgery but said that shouldn’t make my levels rise. They would drop to a certain point and just stay there.

These are tests I’ve done at home (I’ve been waiting for my negative!)

Is the bottom one darker than the others? I know it is in comparison to the top two, I’m not sure with the bottom. It’s gone this dark over two days! I think the HCG level is increasing far too quickly!

Has anyone else had retained tissue and what was the outcome? Thank you!

Dates from top to bottom - 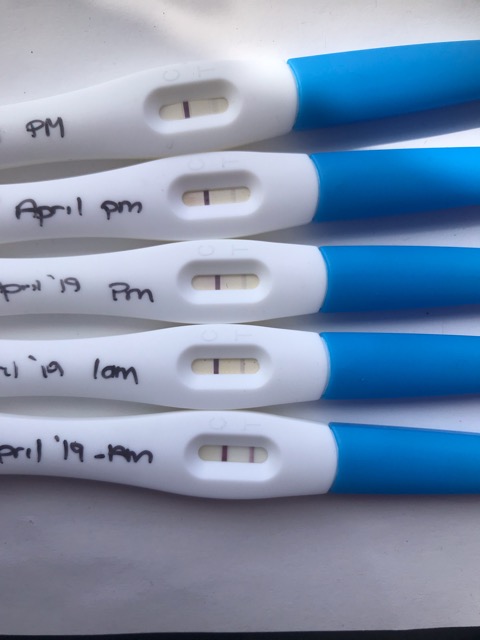 Foolishly decided to take a test this morning as I had one left lying around. Is it me or does it look darker again? Sunday seems to far away and that isn’t going to give me answers just going to lead to more tests! :( 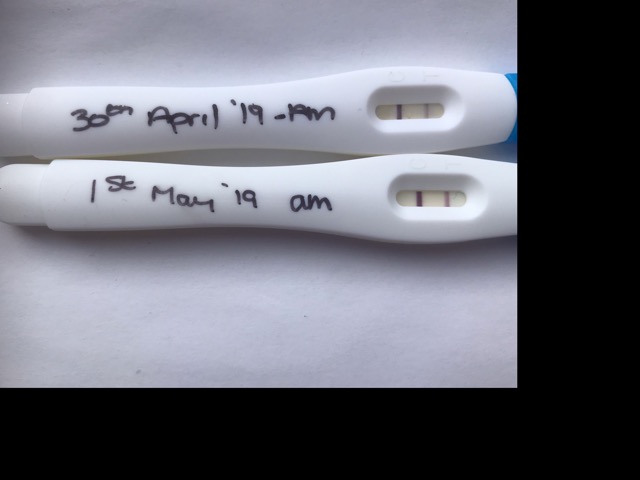