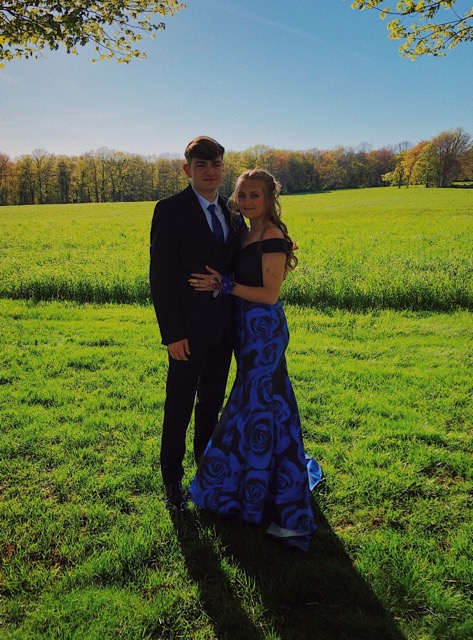 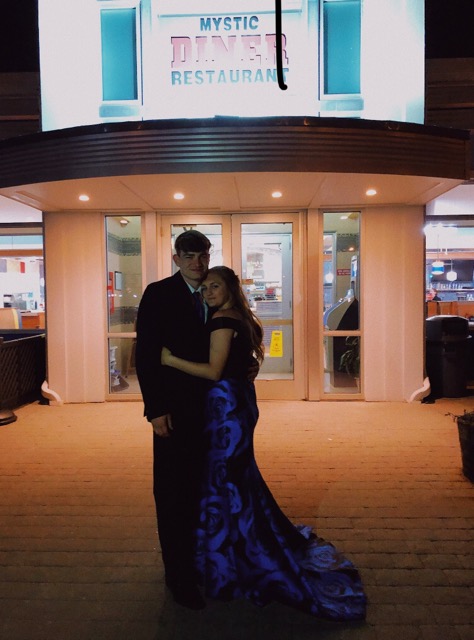 Okay now on to the story so earlier that week my friend who was gonna do my makeup and hair got extremely sick so she wasn’t able to do my hair and stuff (obviously her getting better is more important) so now I had no one to do my hair or makeup but on the day of prom I had a (lacrosse) game and I ended up getting extremely bad sunburn! 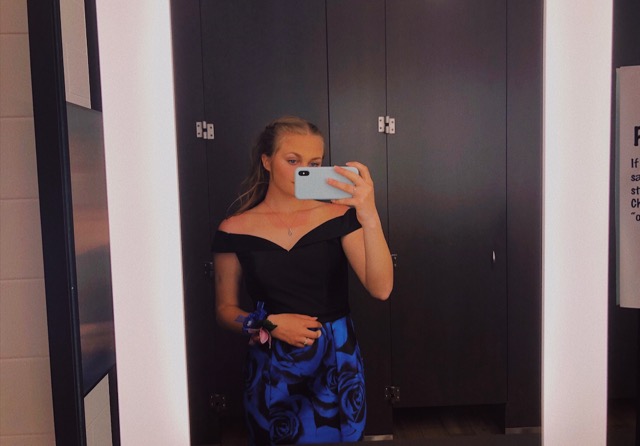 So later on when I got home my moms two friends came over. One to do my hair and one to do my makeup. Well the girl that was doing my makeup did an awful job and made me orange!! She even cut my eyebrows! It was a mess!! So when she was done my moms other friend did my hair and it was beautiful!! So after I removed all the makeup I had on and by that time my boyfriend and everyone else was already at my house and I wasn’t even close to ready!! 😭 so the nice lady who did my hair offered to do my makeup because at the salon she works at they do that. So I let her and it was even worse!! She put on a ton of liquid eyeliner and it was all smudged. But then she took the $10 flash lashes I got and cut them in half and then glued them on!! So then when I went to look I started crying! My sunburn was so awful and I looked terrible!! So yet again I removed all my makeup and went to prom with no makeup!! I wasn’t very happy about it but I couldn’t do anything to change it! So next we went and took pictures... well the pictures came out really bad... they were super blurry and just not good pictures! Okay 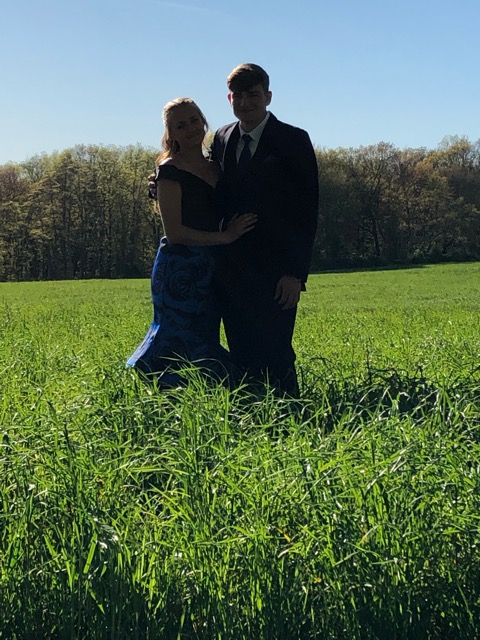 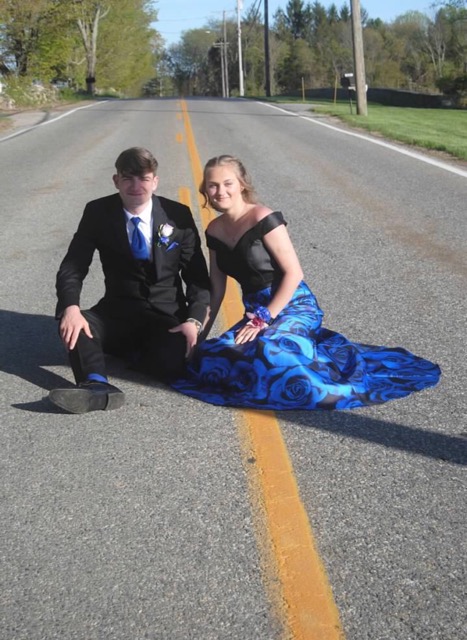 And then after our little pre prom disaster we headed off to prom and from there the rest of our night was smooth sailing!! :)