Friday morning, I had some very light spotting for a short period of time.

That same night during sex, I felt a very sharp shooting pain, and right after my husband said he felt a 'rod' so I checked the strings, and they seemed much lower, but were still present.

Saturday, I could only feel one of the strings, but it wasn't where it normally is.

The other string seems to be stuck? I cannot feel the entirety of it. It feels to be in a loop and the loop is the only thing I can touch.

Same day, I also took a home pregnancy test and it was a faint but positive, there was color to the test line in the allotted time frame.

I have taken a few of a different brand of reliable tests (First Response), but they say negative.

This exact situation happened with my second baby, and I went in to get blood work done because I just KNEW and felt that I was pregnant. All of the symptoms.

This feels the exact same.

Now three, faint but still positive pregnancy tests, but negative on the others.

I believe the IUD has dislodged.

I am curious what to do from here.

I feel in my bones that I am pregnant again, yet it is too early to show up on some pregnancy tests, as they did with my second baby.

I believe that the spotting on Friday was implantation bleeding so it is really much to early to have a test read as such.

I know that for an accurate result I should wait about 5 days if not a week post implantation bleeding, (Dr. Google)

Anyone else go through this???? 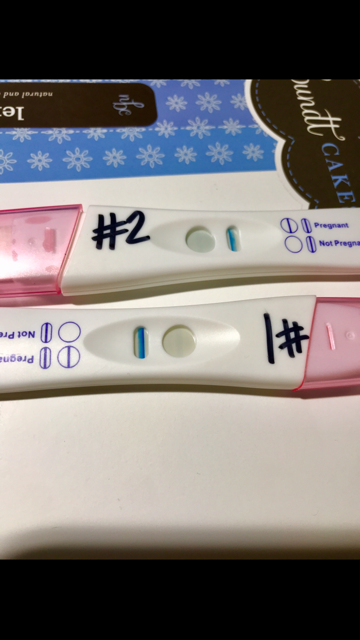