In January I went to the hospital after having spotting, I had an ultra sound and they couldn’t see anything, I was suppose to be about 6-7 weeks but was only measuring at about 5 weeks, I went back in a week later for another ultrasound and was diagnosed with a molar pregnancy and had to have a d&c. I was told not to get pregnant again for at least 6 months and put on birth control.

Although I have been taking my birth control I found I was pregnant a few weeks ago! However about two weeks ago I went in for an ultrasound, I measured at about 6 weeks and they couldn’t see anything, so we scheduled a second ultrasound for a week later. That same day I had some mild bleeding that lasted about 15-30 minutes and than spotted for a few hours, my doctor still wanted me go in for my ultrasound. I was expecting the worst and trying not to get my hopes up, but for the first time I got to see my baby! And the heartbeat! Everything seems to be going great so far and I’m hoping for the best! 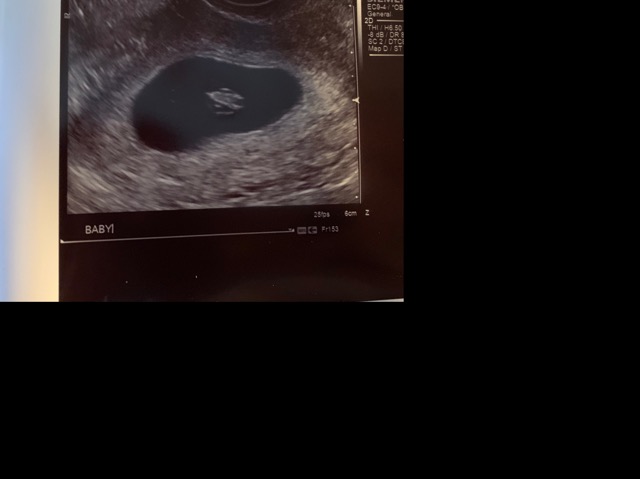