Mum is neglecting her Rabbit

So we have a pet rabbit, and it’s my mums, but the poor thing hasn’t been cleaned out for like two months now which is extremely unhealthy and a massive form of neglect.

She said she would do it yesterday but came up with an excuse. And then today she said she couldn’t because she had to go food shopping. We now aren’t doing that so I’ve asked her to do it again now, but she’s ignoring me. The reason she doesn’t want to do it right now? She’s gambling online.

I’m really angry at her, because our poor rabbit doesn’t deserve to be living in the state it’s in. I would do it myself but then I feel like that’s showing mum that she doesn’t have to do it because if she leaves it long enough I will, and that’s just downright lazy of her.

She never used to clean out my guinea pigs when I had them, although I did them twice a week. So I’m not about to do hers for her!

How can I basically force her to clean it out? It’s starting to get smelly and disgusting but my mum is being selfish and lazy and gambling. It needs to be done but I’ve already said I can’t do it myself because then she’ll think it’s okay for her to do nothing.

She doesn’t work, she’s literally home every single day “gambling” because that’s her source of income, which I hate her for because she has three kids and gambling is in no way a reliable source of income for a 16 year old, a 6 year old, and a 5 year old.

She has more than enough time to clear it out, but she just won’t!

Please send me advise. As I said I’m not doing it myself because I 1) am busy enough as it is, 2) it’s not my rabbit, and she never cared for my animals, and 3) if I do it now, as I’ve done the last three times, she’ll use me as a doormat and expect me to do it every time, which isn’t my responsibility!! 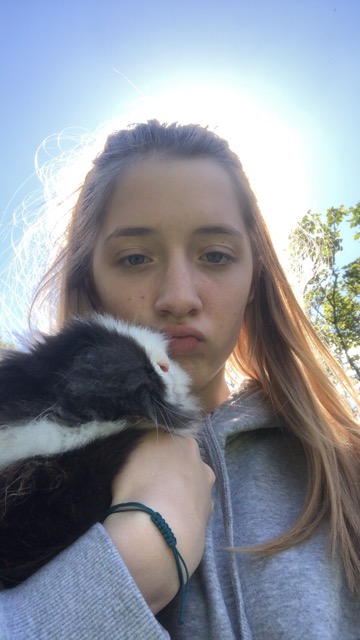