I stopped taking my birth control about 3 months ago so my hubby and I could start trying for our first baby.

My periods were irregular and I had to take Progesterone at one point. After my last period I started using LH strips to test for ovulation, and used the calendar method. Well I just assumed that the tests were off and did the baby dance during my window to be safe. Then came the TWW.

Well AF was due this week, but she wasn’t showing up. I had some heavy CM that was watery and egg whitey so I decided to test with an LH strip and boom...strong positives starting on Thursday and what appears to be peak on Friday. 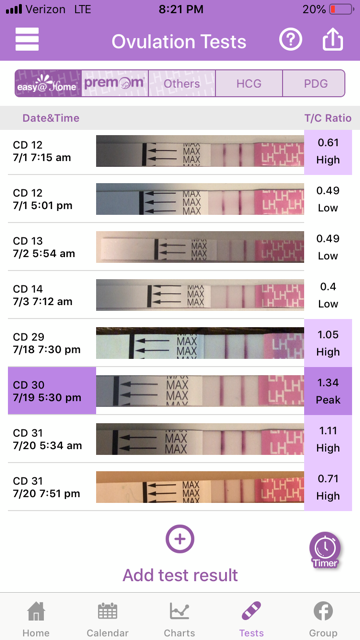 Has this happened to anyone else? Am I looking at false positives or was it just late ovulation?

Has anyone gotten pregnant after this or did it take more cycles?