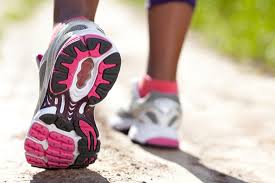 So I’ve never had any friends that are girls except the few that have come and gone etc and I mostly hang around with guys.

So I have two top guy best friends that I talk to every day and that’s it basically.

Soooo, one of them is in a completely different country at the moment building schools and houses for homeless and I’ve not spoken to him in 3 weeks but I totally understand because he’s doing a lot of work and I’ve been messaging my other friend.

So I’m a lot more closer than the friend that’s not working and I hang around him nearly every day.

He hasn’t been messaging a lot today or responding like he usually does any other day.

So I sent him a meme around 5 minutes ago which was a link and he responded that he wasn’t in the mood at the moment so I was obviously saying like ooh are you okay do you want to talk and he just responded.

But I just started to bawl my eyes out after that because I noticed that I lived alone, I have no other friends and the two I have aren’t up for talking and I just feel so lonely like man.

UPDATE - Bitch he literally unfriended me without even saying.