Was due on 12 days ago. 11 days ago I bled for 2/3 days but not half as heavy as normal period but I definitely thought it was over for that month. Since have been feeling really bloated and sometimes nauseous. Sore boobs when exercising but not massively bad to touch. The thing that was strange is I started OPK testing yesterday which would be 11days into cycle and test line was thicker than control. Used morning urine so did again in evening and was the same. Same thing today. I’m usually bang on with ovulation every 2 weeks after cycle starts. Oh and had a tiny bit of pink discharge yesterday which again was strange. Thought I’d take a test for fun...as you do and there’s a bit of a line! I think? Is there?? Have no idea what’s going on. If anyone can make sense if it that’d be great x 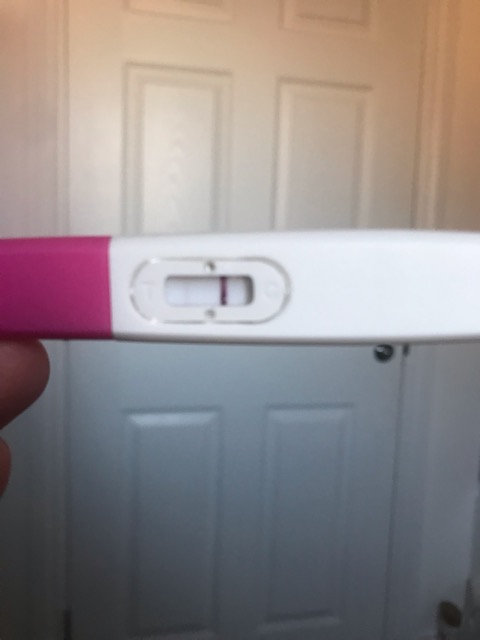