Soo excited yet terrified!!! Should I wait?

I found out in January very unexpectedly that I was pregnant!! Only because my app told me I was 4 days late. I was over the moon that it was FINALLY happening!!! In March I had a missed miscarriage. I had an ultrasound around 8 weeks and everything was fine. I saw my sweet little baby and heard their heartbeat. I went to my Dr. appointment around 11 weeks and there was no heartbeat. It hit me like a ton of bricks and I was absolutely devastated. I had already made my baby a blanket and was absolutely ecstatic anticipating their arrival. I had to have an emergency D&C because I started hemorrhaging the day after I found out.

A few months later in July, I had a chemical pregnancy. I had my period on time, but when it was supposed to end I kept spotting. I had cramps that gave me flashbacks from the miscarriage very briefly, so I decided to take a test. It was positive! Considering the circumstances I wasn't hopeful at all. I went and had bloodwork done, and repeated 48 hours later. My levels actually doubled! So I was finally hopeful there was a chance. They had me come in for bloodwork again, and right before they called me with the results I started bleeding heavily. My levels had dropped and there was no hope. They did an extensive lab panel for habitual miscarriages, but everything came back normal. I turned 34 in August and I felt like my clock was running out.

This last week or so my boobs were soo sore, and I was way more tired than usual. My back was hurting and I was a little crampy, so I assumed it was PMS. I was supposed to start on the 12th... but I didn't! I reluctantly bought a couple tests and took one in the evening because I just couldn't wait for first morning urine. It was positive!!! As was the one the next morning.

I'm beyond excited, but scared to get my hopes up at the same time. I don't even want to make a Dr.'s appointment yet. I dont want to go through all the bloodwork for them to confirm only to go through that roller coaster of emotions again. I know some of you have been through this. Is it wrong to wait until I'm at least 6 weeks to make an appointment? If I'm going to end up miscarrying, there's nothing anyone can do to stop it. PLEASE say a little prayer for me. My heart hurts so much and I just want to hold this sweet baby in my arms. 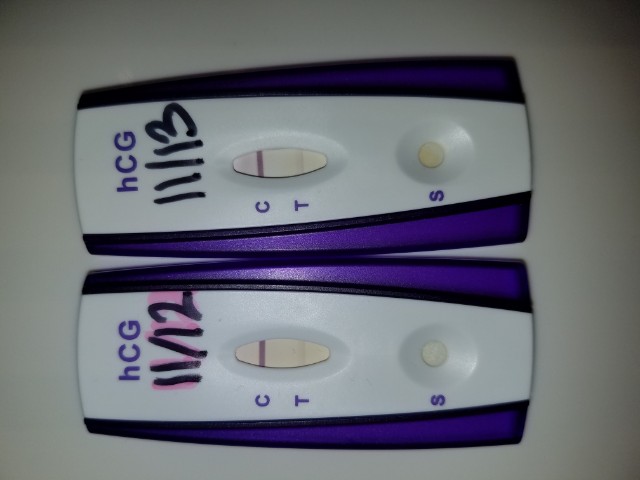 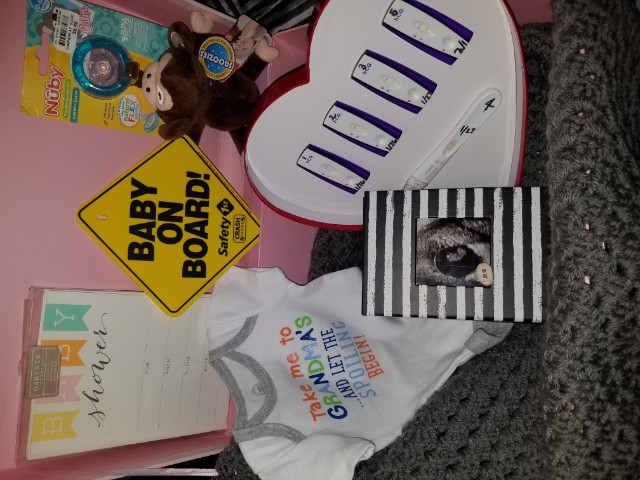