So I'll begin with my latest period and whatnot. Missed period will be June 26 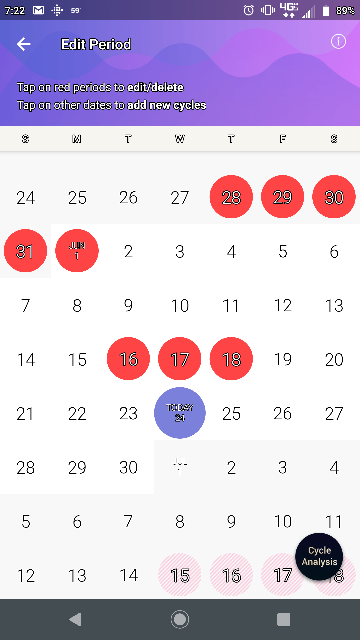 I have Endometriosis but my period has been VERY regular after the laparoscopy and stopping birth control (weird, I know). The bleeding during the 16-18 started lighter and pink but then got pretty heavy and bright red and just stopped. Lots of pain during that time, I have chronic appendicitis, so I thought maybe it was just that.

Thinking about it, I did have sex on June 9 about 3 times. The first two times he pulled out but I'm almost positive the last time he came in me.. this is a new sexual partner but I've known him for a long while.

These days I'm just extremely tired, have a headache, and just nauseous (which isn't too out of norm for my day to day but it's more than normal, especially the fatigue).

I've also noticed my cat is very, very clingy. A lot more than normal. Constantly meowing at me and rubbing all over and wanting to cuddle ALL THE TIME. She's always been like a child to me, meaning she literally goes everywhere with me (that she's allowed). She has even started making bread on me and she's never done that before - she's 3 now.

I was beginning to think of pregnancy when I saw my best friend and her baby (we kinda had a fall out so we're getting close again and I'm still a stranger to her baby). Her baby loves me, and as most children do, she said he's not normally cuddly to strangers. And he is with me.

I know it's still really early, but my friend gave me a test to take (haven't taken it yet). When should I take it? I feel like all these "signs and symptoms" are just mere coincidence and it'd be too early for things to start happening anyway.

What do you think? Polite criticism is welcome, I know I'm probably just stressed out (I left my ex of 3 years a couple months ago and was homeless earlier this month) so just don't be rude lol we've all overreacted!