April 2020 Birth Club
This group is for people and their baby / babies born in April 2020!

I exclusively pump and feed him that but tonight while his bottle was warming I decided to just try, why not? He was a bit confused at first, I thought maybe he just forgot. But he latched better then he ever has before and was so happy! When he was smaller he wouldn’t latch and would just shake his head and get frustrated, I figured it was cause he was a premie and just wasn’t getting it. I’m not going to just flat out go to breast feeding but I think during the day maybe do like 10 minutes of boob and then give him his bottle, just to give us more bonding and give him a few extra ml. 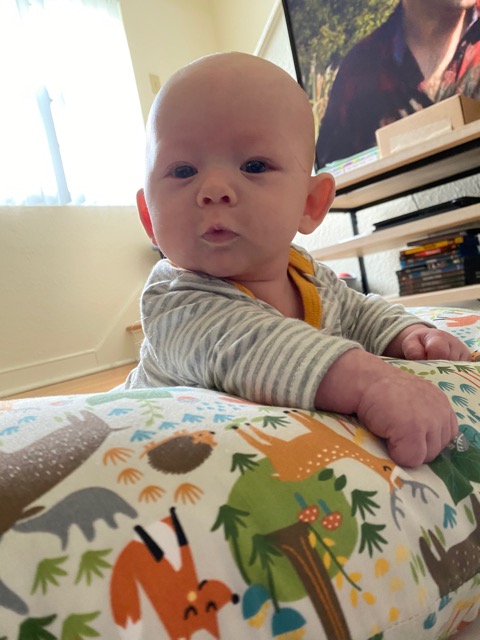 Just a picture from the weekend of my happy boy ❤️