TTC with PCOS
For all the ladies who are trying to overcome PCOS on their journey to their BFP!

BFP after 2 years and 8 months

So finally made it after 2 years and 8 months, PCOS and endometriosis diagnosis. Been on metformin since September of last year, did 4 rounds of Letrezole (Femara), pretty much gave up in March of this year and decided to take a break until the end of August when we have an appointment with our fertility doctor.

I was 3 days late but having PCOS it isn't unusual, but I felt like my period was coming during the last 5 days now, I usually get some bleeding a few days before my period but nothing. I said to my SO I just want to check, I didn't have any hopes I fully intended for the test to be negative, I had decided cos it always is. But two lines showed up and the test line didn't go away so I was in shock! I burst into tears and cried for probably 10 minutes. Took another test and it was also BFP.

I had always imagined surprising my SO in a special way but I just couldn't hold it. I kind of just woke him up and put the test in front of his face and said LOOOK LOOOK AT THIS! he was like what what am I looking at, he was so tired he didn't see that there were two lines 😂😂😂 I'm so excited! I was sure we would be doing <a href="https://glowing.com/glow-fertility-program">IVF</a> next. So so so happy ❤️😍 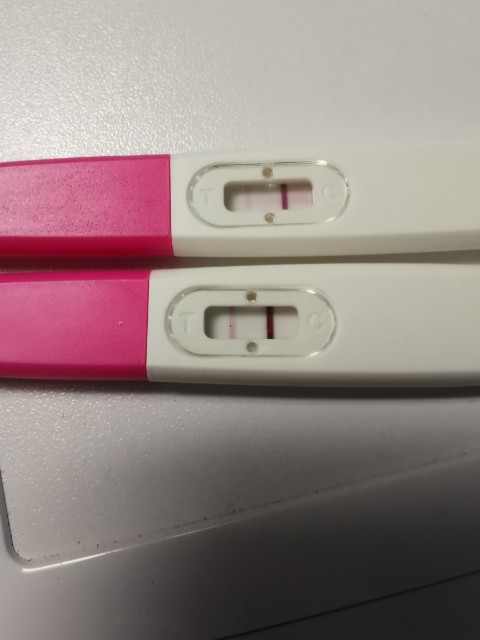