I knew my entire pregnancy that I would likely deliver at 37 weeks again, due to a previous cholestasis pregnancy. What I did not plan on, however, was that not only would I end up with cholestasis again, but I also started having protein in my urine, and was diagnosed with preeclampsia, the two of these together can actually be HELLP syndrome, so my doctor thought it best to induce me a week early, at 36 weeks instead of 37. My big boy was Waldo measuring ahead, and was expected to be quite bigger than my previous biggest baby who was 6.14. On July 10th we went in at 6 am, and they started pitocin at 8. I was 3cm and 50% already, so they expected it to be easy. By 2:30 I was ready to push, after hours of hard, painful labor even despite an epidural. I was forced to hold him in for almost 30 minutes because my doctor was not there yet, and when I was finally allowed to push, he got stuck and they had to pull him out. My baby boy came into the world with a forced cry, and we only had half an hour with him before he got sent to the NICU. He spent 5 days there before he was finally allowed to come home and be with us. My husband didn’t even get to bond with his son until he was 5 days old because he wasn’t allowed in the NICU per COVID rules. 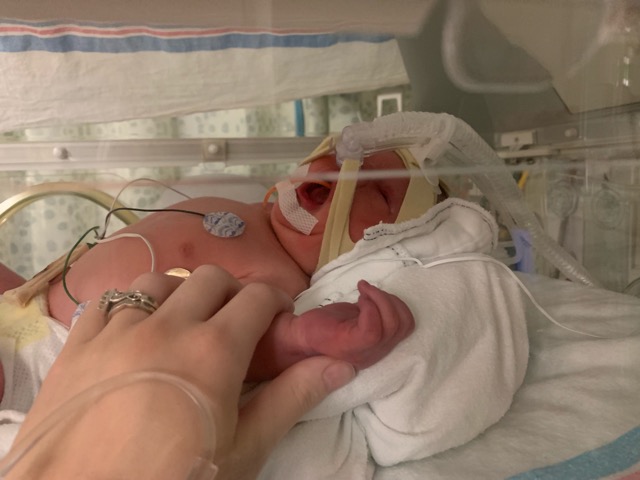