One of them is a soft daddy type the other is a more stern dom.

WELL the soft daddy is the jealous one. Hes not as experinced as the stern dom so this may intimidate him. While NEITHER of these gentlemen are dating partners the soft daddy seems to keep trying to top the other dom subtly out of insecurity.

Ie: trying to be the leader with negotiations, managing everything, refering himself as "I" while everyone else is "you guys"..its not a team effort coming from him. (All of these things psychologically puts him in authority).

The only time i corrected him publically on the "we" part was once but to no avail didn't help. 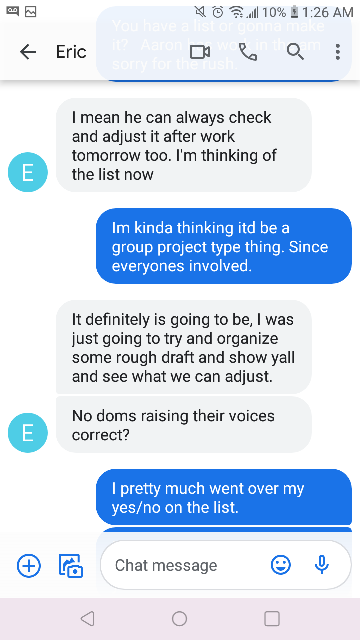 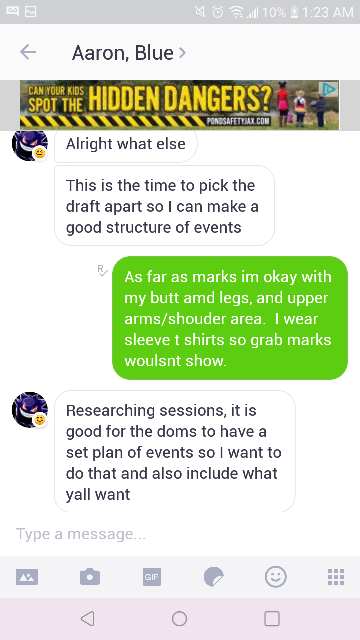 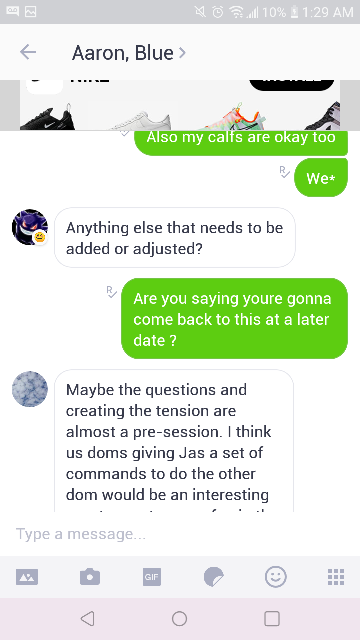 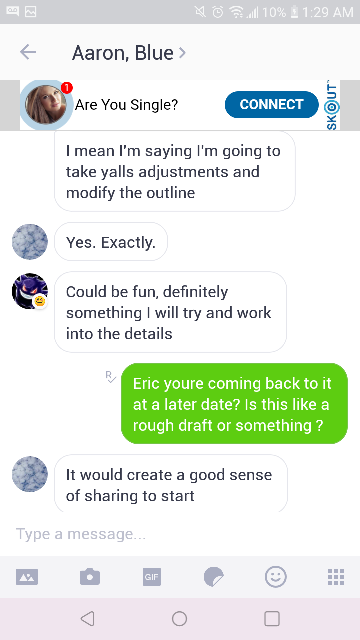 Now..the reason im bringing this up is not to out the play session but to ask for advice. What do I say to this softer dom to help him feel more secure in his role with everyone?

I know its not going to be fixed over night but I just want to assure him that the stern dom is not in competition that were all a team. The stern guy is actually including everyone.

Ps: Eric/soft has ALWAYS been the nosy jealous type. He constantly asks if I've had people over or new partners. You can tell its not out of curosity. it's prying.

He does it so much that i just don't answer him sometimes.

So i talked to Eric about the sitation, he doesnt seem very open and is hiding his intentions/feelings. Idek if i wanna do a group with him now because it feels like hes not mature enough. He's masking his concerns as worry for me and i dont like it.

When he tries to explain why he says "I" and "yall" it sounds like bs and doesnt make any sense. 5th photo 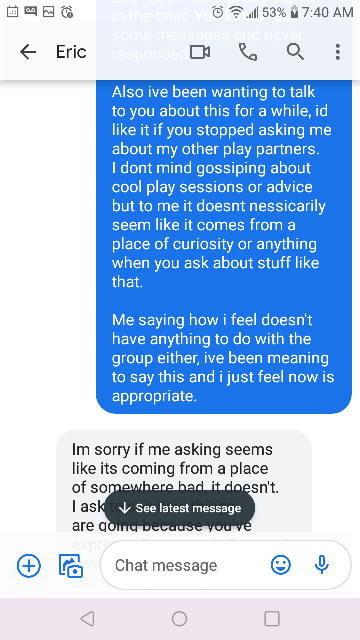 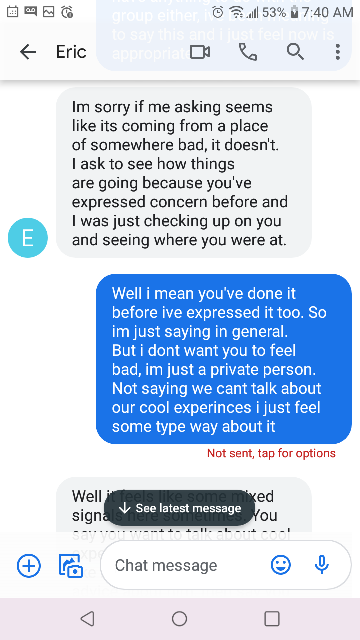 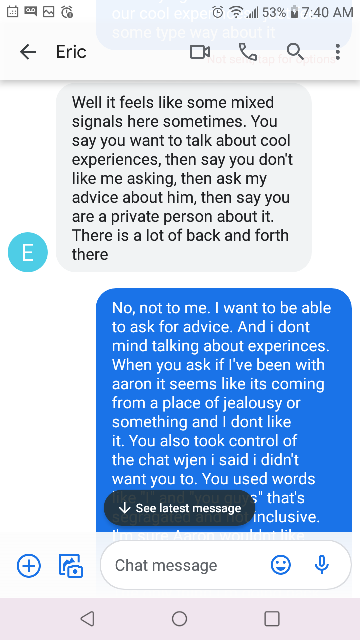 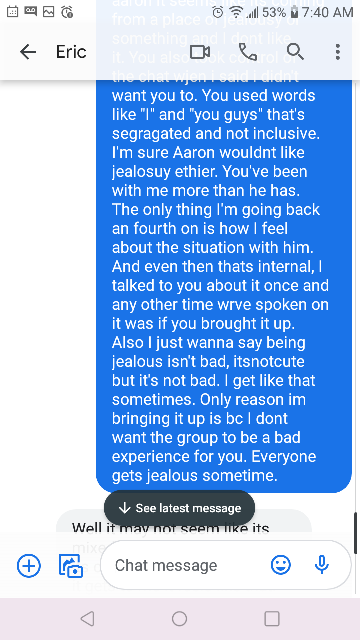 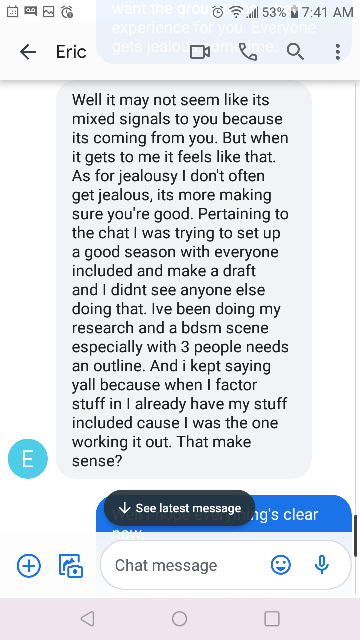 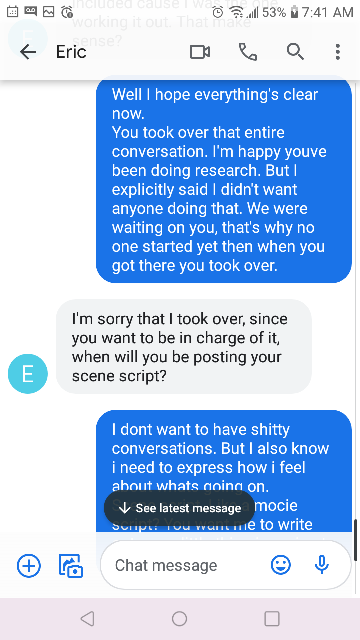 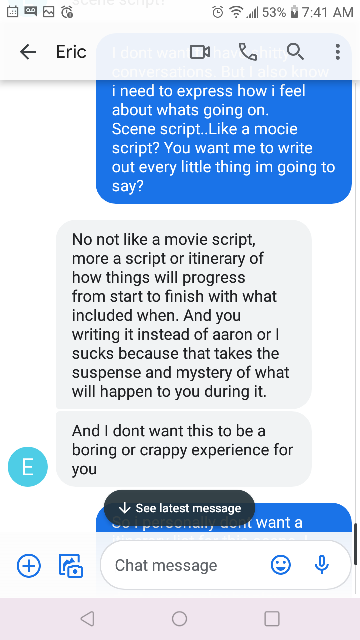 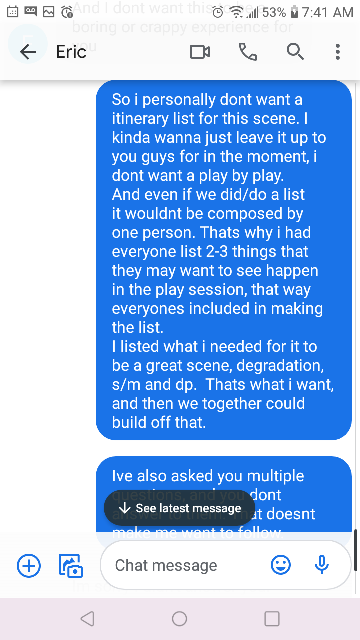 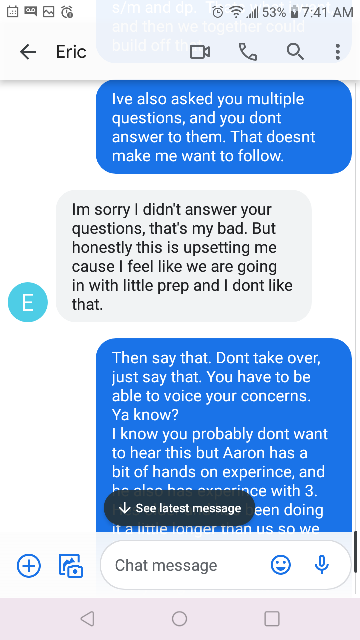 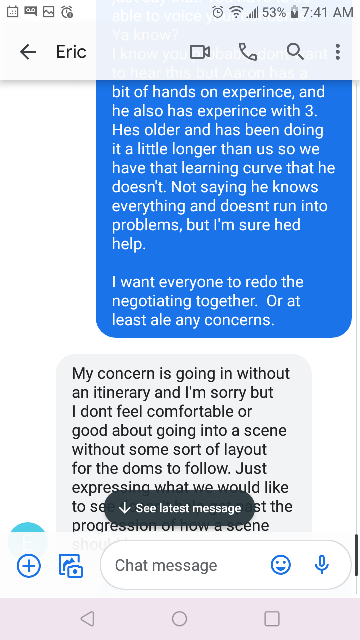 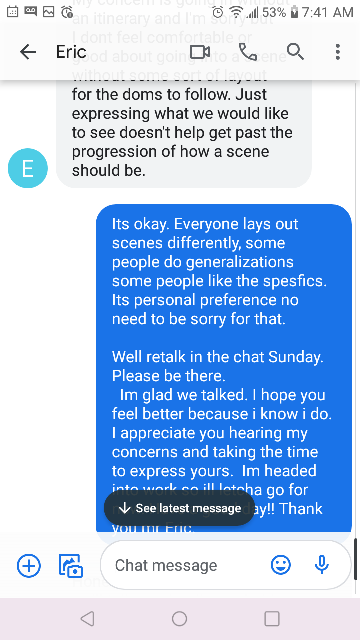 The last 3 messages we planned to renegotiate everything at a certain time, and he was holding everyone up. It feels like a power move to me making e everyone wait on him. This isnt the first time he's done it. And its like WHEN he's in the chat all he does is "list the itinerary" then leave. Its like hes totally distant. 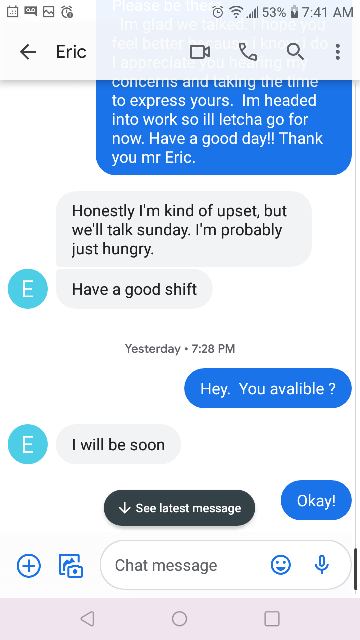 Its MY idea, its MY detail for him.

It makes me mad. Its like hes more obsessed with the power than anything. 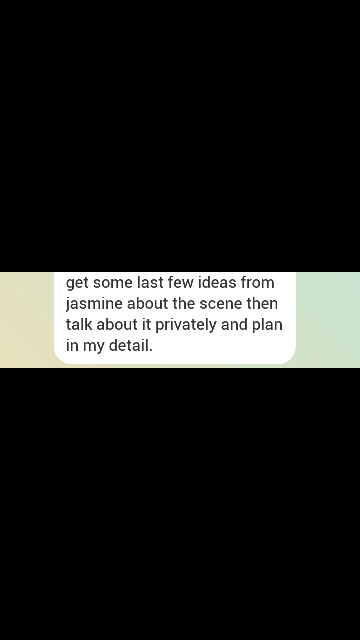 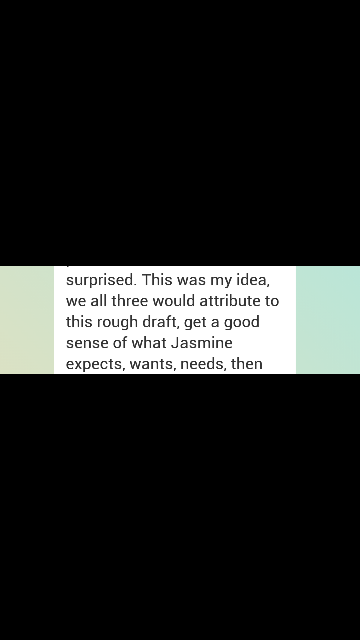