October 2020 Birth Club
This group is for people and their baby / babies born in October 2020!

October baby will be an August baby

Update: 8/25- baby’s starting to get stressed, his heart rate dropped whenever he turned last night, so we are inducing today. Hoping he will last until 1130 am to start pitocin so he has the full cycle of steroids in him. It’s 630am here so about 5 hours. I’m 2cm, 50%, and -2.

I was expecting to be induced at 38/39 weeks and having a September baby due to being high risk, but I did not expect an August baby.

Will be induced tomorrow (as of now) after my last round of steroids has been in for at least 24 hours.

My water broke naturally Saturday night, but it was only two small gushes and I ran thinking it was my water to check but then nothing else came out. Laid down for an hour, stood, no fluid came out really just a little moistness but not abnormal for pregnancy. Slept all night got up, no gush of fluid. As I went about my morning, I noticed a very small trickling here and there (but only in the oddest of positions) the amount was so small if I hadn’t had the two gushes the night before I would have never gone in. But my mom instincts pushed me and I thought I was going to be told I was cray but better to be safe.

Well they tested me, they didn’t really have enough fluid to get a good sample. Of three different tests, 1 came positive for amniotic fluid and the other two negative. So they did an ultrasound and my fluid was low. Thought maybe it could be a pinhole that coule re-seal but started antibiotics and steroids and was admitted Sunday afternoon. Well I had a follow up ultrasound today (Monday) and my fluid is dangerously low so it definitely broke.

So now they said once I hit 24 hours with my last round of steroids they will want to induce tomorrow. I might have a few days wiggle room if baby remains healthy and moving like he is now but planning for tomorrow. Friday is my bday so if he could hold out until then, it’d be a great bday gift and he’d be almost 35 weeks and that much safer. 💕💕💕🤞🏼🤞🏼🤞🏼 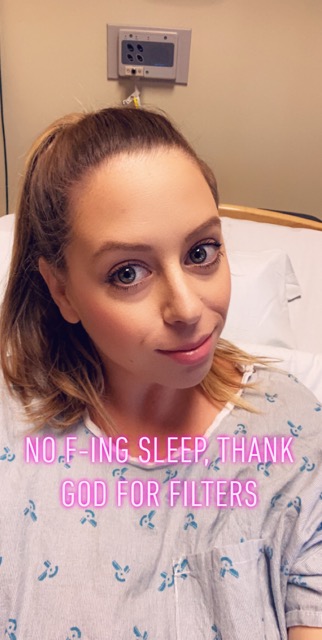