TTC in your 30s
For everyone trying to conceive in their 30s.

So March 2019 we stopped using birth control and the pic below is how many months we BDed either on or day before/after ovulation. So that’s about 14 months. That’s only based on the app prediction I didn’t use opks. I only used opks just to see if I even ovulate cause I was getting worried and I got positive opks either same day as the app or a day off.

I’m getting sooo depressed and hopeless. I’m 30 husband is 38.... what if it never happens. OB said everything’s fine and to try 6 more months (sex twice a week) before further testing.

Is it hopeless? I mean it should’ve happened once by now no? 😭😭

Also, why do they say sex just twice a week when everyone is tracking with opks? So confused 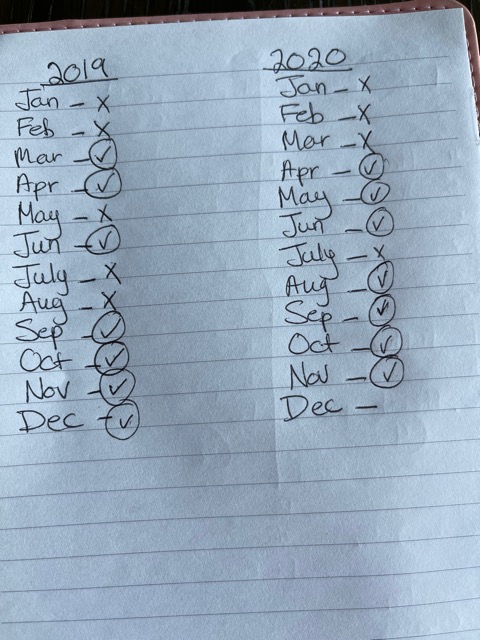