After time frame. Hear me out

So I’ve been testing every day since I was 11 days late. Currently 14 days late. I took a test this morning before running my kids to school. Saw the test line pop up only while the urine was making its way down. Then it disappeared. So I said okay try again tomorrow. It’s four hours later and I looked again. Out of the time frame I know. But I compared to previous tests and it’s the only one that the line appeared. I’m going to retest I was just looking for opinions on the matter. I’ve never been this late, it’s currently my longest cycle I’ve ever had if I’m not pregnant. No signs of af or pregnancy symptoms really besides fatigue and some mild nausea. Top is yesterday’s test and bottom is this morning 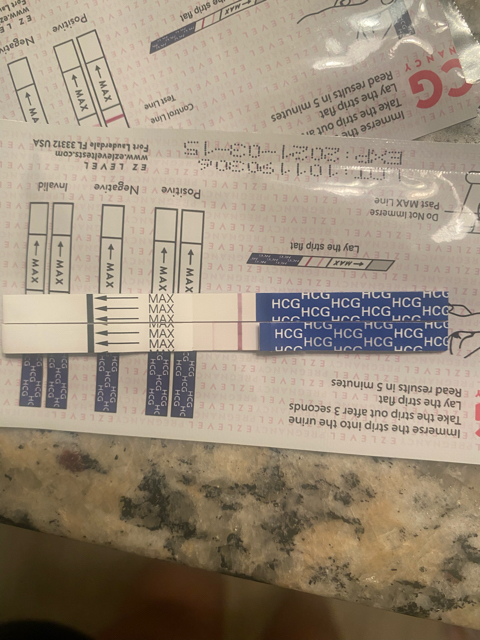