So, my birth story isn’t super special or anything but I just wanted to post it to let people know that it’s not like the movies!!! Lol. I didn’t know until the day before a contraction could feel like period cramps. This entire pregnancy I hadn’t felt Braxton Hicks, just very light cramps that happened once and maybe every day or so.... FFW to 12/7/, and the first one came, I looked at the clock and thought okay I’m sure it’s nothing but let’s time it just in case. 8 mins later and another cramp.. no big deal he’s probably just in an uncomfortable position for me. I got them 8 mins exactly for about 15 mins and then went to 3 mins apart. Mind you these are still period like cramps, but I know what I’m looking for.. because of how close they were I called my doctor and said I’m just being precautious and he told me to come in and let’s just check. Called my hubby, we packed the bag we never thought we needed to yet, and the nurses had the weirdest look on their faces because I’m telling them I’m having contractions 3 mins apart and I’m just strolling in there non chalante. I noticed my underwear were wet and told them that the only fluid I could think of but I think it’s just some discharge.. sure enough I was dilated, & my water had broken partially. I was scheduled for a C section 12/29, but since my water had broken and my contractions were so close my doctor decided to go ahead and take him. (AHHHHHHH,WHAT?!) In about an hour, I had a 5 pound, 2 ounce, 19 inch long baby boy. 4.5 weeks early, and completely healthy other than a small breathing issue that went away overnight. Welcome to the world,Cohen Archer.❤️❤️❤️❤️❤️❤️❤️❤️ 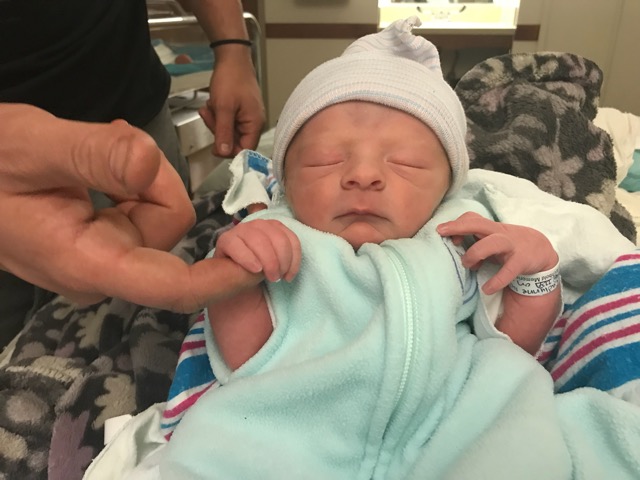