I have hashimotos and have been trying for over three years to have a second baby. My daughter will be 7 in June. I was started on levothyroxine in January but was told don’t expect to get pregnant right away. Gonna take a while to get your hormones straightened out. Alright I figured that’s fine! so had a “normal” cycle in February (my normal is 6 days of bleeding, but irregular length of cycles overall between menses). March 2 I bled some but not even enough to use one pad. March 3,4,5 I had minimal spotting and then March 6 I was finished. March 7 I had stomach cramps, and they wouldn’t go away. March 8 I ended up in the ER with stomach pains. They did blood work and tests galore, ultrasounds and a pelvic exam. “Sorry no baby this time. Probably a cyst or something.”

Fast forward to this week! Over a week of sore breasts and heartburn; took a test today just in case and look... get to prove those doctors in the ER wrong! I was just too early before!!! 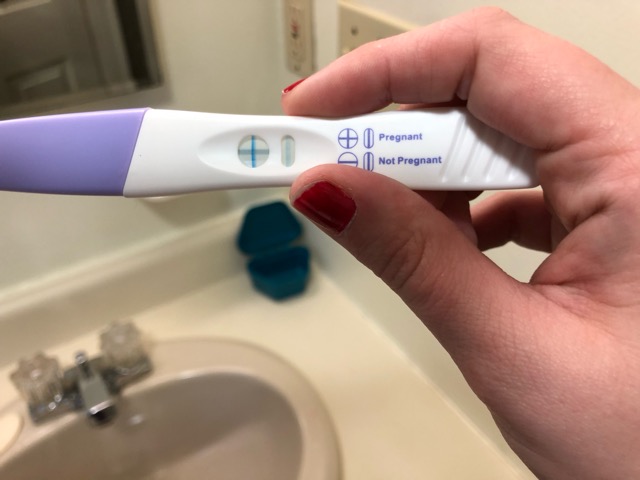