My birth story... Short and sweet

So my baby boy is 9 days old, I decided that tonight while I have a bit of peace that I'd share my very own birth story. I've read lots and rhe majority are pretty lengthy and go up and down with emotions, you know the "oh my god no way!" kinda rollercoaster, which I find amazing - This isn't one of them stories! - So, we had been waiting anxiously for our induction day to arrive, when it finally did it seemed to be the LONGEST day ever! I wasn't due to be in the hospital until 9pm so you can only imagine how many times I had unpacked and repacked our hospital bags making sure they had everything and more (just incase!) - By this day anyway I was pretty sure my body was experiencing the "labour is coming" motions as for about a week leading upto it I just felt different, niggly, suddenly quite energetic and the cervix pains where getting more and more. Now they say you can't feel yourself dilating but from experience of feeling it when I went into pre term labour, I was CERTAIN I was. So I began to walk, squat, wobble, bounce everywhere. Anyway, back to the actual induction day. 8.30pm finally arrived so we made our way to the hospital for 9pm. On our arrival we where told "I'm so sorry but someone should've called you, we have no beds as we've been bombarded with several emergencies", I was pissed, beyond pissed infact. Had they called me I wouldn't have minded waiting another day, but they never. Just as we are about to leave they shout and ask if we'd like to stay on the ward for the night as we are first on their call list when a bed opens up on the induction bay. We without hesitation agree! So we where moved to the labour ward, awaiting a knock on our door to say a beds free and we can start our induction. We got a knock at 2am to go to the bay. Straight away they check my cervix and what do you know - I'm 2cm dilated. At 3.20am they gave me a membrane sweep to see if it would help and said they'd come back at 9.20am to reexamine. It took no longer than 20 minutes after the sweep and my contractions where strong and coming 5 minutes apart. By 6.30am I decided to ask for some sort of pain relief in which they injected me with pethidine and offered a paracetamol suppository as a form of pain relief to which I agreed to just to see me through the next few hours. My contractions had stopped, the monitor had stopped showing any contraction to which the midwife said the drugs had sent the baby to sleep. Something I've never heard of but whatever - it was what it was. We then decided to walk around the hospital every half hour to try get things moving again when sudenly they started again. I was given a gel at 9.20am when they reexamined and I was 3cm. Now all we are doing is waiting to reach 4cm so I can have my waters ruptured!!! Still it took a good 3 hours to reach that 4cm - 12.30 came and I was 4cm, delivery suite was informed so now we are just waiting for a room! at 3.30pm we where taken down to delivery. At 4.05pm I was 6cm and contracting fast and strong. The midwife ruptured my waters at this time and offered me gas and air and said if I can't cope with the pain to just ask for something stronger. I didn't bother with the gas and air, I was in too much pain to care about it. I needed a poo, alls I could say was "BUT I NEED A POO!!!", after 31 minutes they and my partner decided to take me to the toilet. as soon as I stood I felt my babies head completely drop! This was it, I needed to push. They where repeatedly saying throughout that half hour how I had hours to go yet, NOPE I'M GONNA PUSH - So I climbed on the bed, all fours and pushed. His head came out, they where SHOCKED! "Oh my god Gemma his heads out PUSH!", I KNEW I NEEDED TO PUSH - THEY DIDN'T BELIEVE ME. - I pushed again and my baby boy was born. 37 minutes after breaking my waters. I was in established labour for 6 minutes. So, I introduce to you my baby boy, Jordan Joel - born 23rd June ar 4:42pm weighing 5lb12oz. 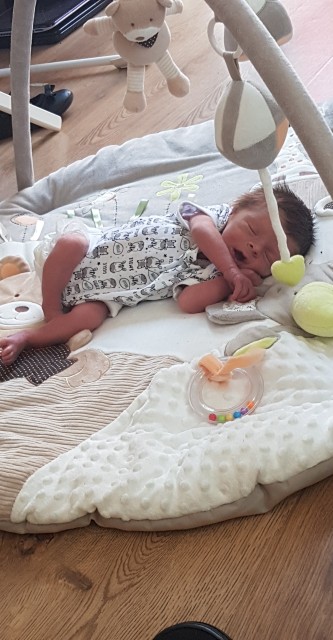 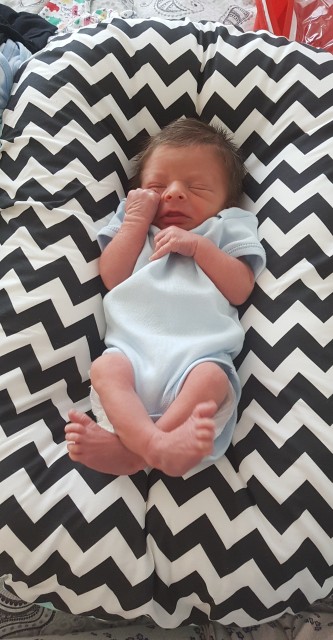 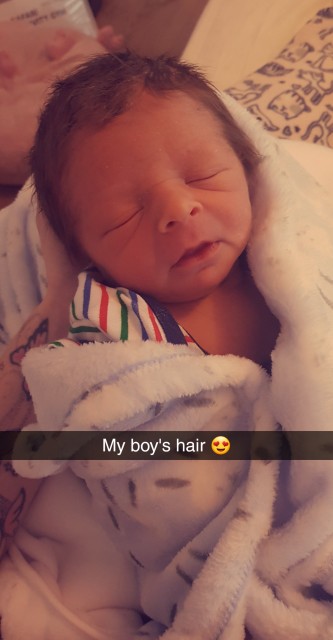 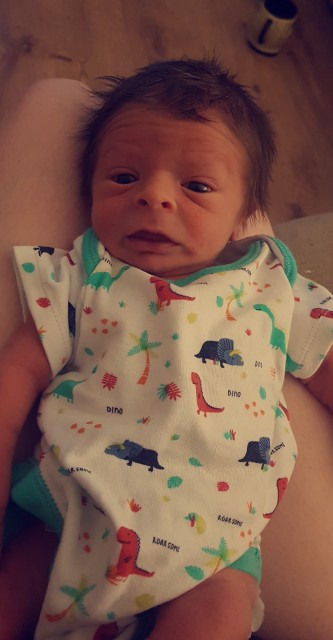 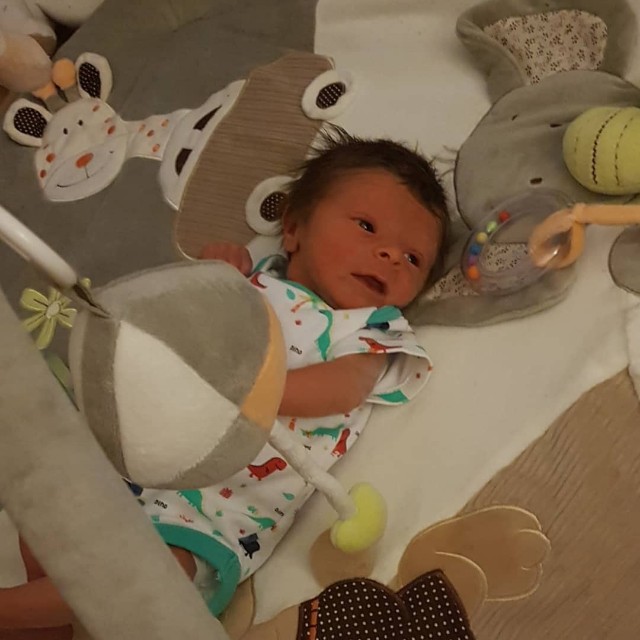