Body Modifications!
tattoos, piercings, etc! questions, show them off, regret? advice? anything to do with em.

Pierced on June 20th with a straight stud.

June 24th changed to the one in the pic.

June 27th changed to the ring.

July 8th the opening became caught in the hole, spent 30 minutes to get it out.

July 11th has developed a bump around ring, hurts to move.

July 14th has pus coming out of it

Each time I’ve changed it I’ve washed my hands and sanitized the rings. I use a q-tip with alcohol and run over the opening but the bump isn’t settling down.

I don’t know what to do. I had it pierced back in January for about 1 week but had to take it out so it grew back in. Also the reason I kept changing the piercing is that the stud kept falling out 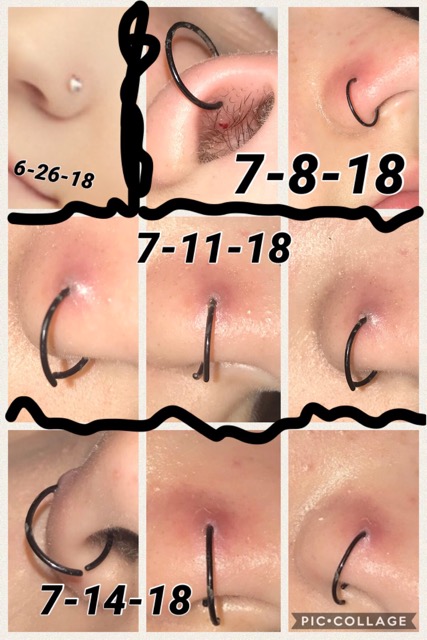