My boyfriend works on the rigs and he’s gone three weeks out of every month. With that being said I only get to see him For a total of three months out of every year. That’s nine months that he’s gone. And it’s really taking a toll on my mental health. I have depression and anxiety to start with and apparently now I have separation anxiety. Whenever he’s gone I just I don’t know what to do. I used to work up near Banff and then I quit. And when I quit I had nowhere else to go. My family all moved 15 hours away and I had nowhere else to live. So my boyfriend said I can come down to where he lives. ( he lives with three of his best friends) So I did and then I realized he doesn’t actually want to live with me. He wants me to live with him for a week when he’s back from work and then to go live with his parents for the three weeks that he’s gone. And I don’t think I can do that anymore. I feel so pathetic and I just feel like a loser. But I don’t know what to do. We were talking last night about it and I know that he doesn’t want to move in with me but he keeps saying that I should look for a house for us and that we can move in together. I know he’s only saying that because he feels guilty. I just don’t know what to do. Do I move back to live with my parents? My mental health is taking a beating living like this.

UPDATE: this conversation was last night 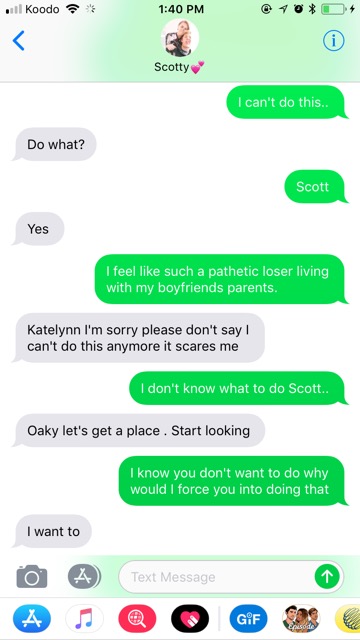 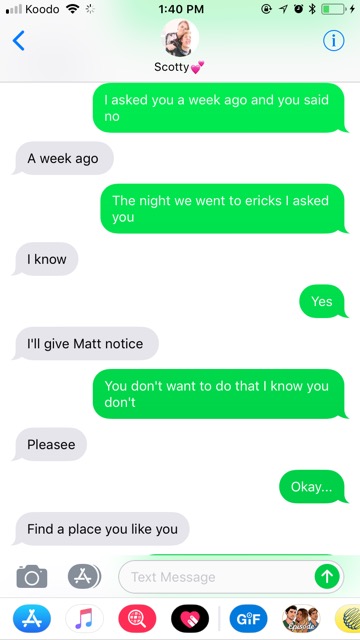 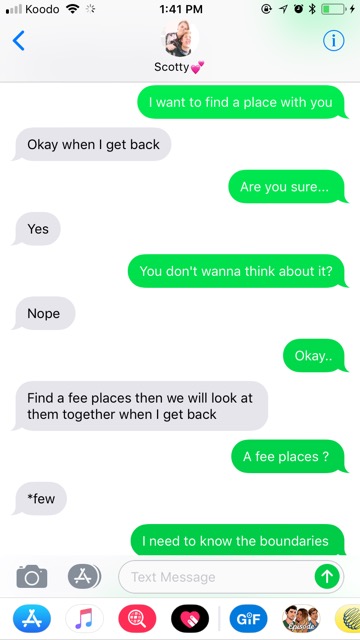 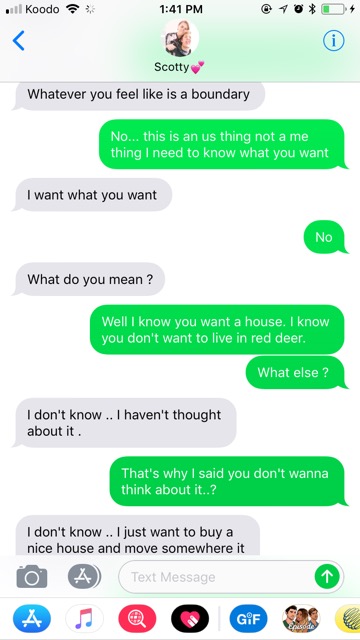 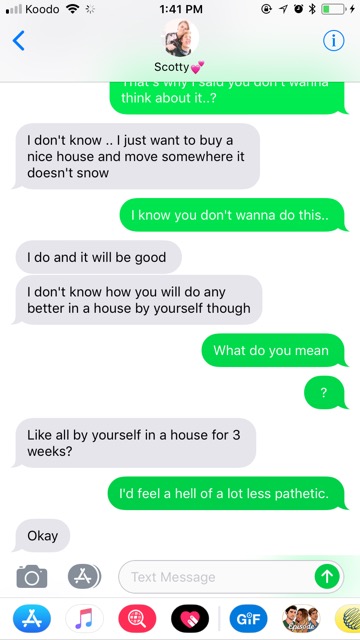