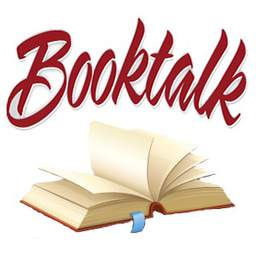 Book Talk
Here we can talk about anything book related! 😊

I have a few recommendations that are definitely my favorite books (a lot of these books have female leads) :

Heads up: I did not include a full summary for the books since I do not want to give anything up! These books are some that I’ve read at least 3x.

-The lunar chronicles by Marissa Meyer

The lunar chronicles is about a colony formed on the moon, the high class has the power to change their appearance, the opinions of others, and the actions of others. It is a sci-fi series of Cinderella, red riding hood, rapunzel, Snow White and the evil queen

- The thief, queen of Attolia, King of Attolia, and A conspiracy of King by Megan Whalen Turner

These books are set in a 17th century type of time, however, these books are definitely for those who are interested in sole queen rulers with King consorts. I would consider this a historical fiction but set in a different dimension.

This book is for those who enjoy thrillers and it is definitely not for the faint of heart! There is a very detailed part in the book that is unsuitable for young readers.

- Daughter of Fortune by Isabel Allende

This is most definitely a historic fiction piece set in Chile during the gold rush. This book is about a Chilean girl who sets on a voyage to California.

- The dark descent of Elizabeth Frankenstein by Kiersten White

These books are scientific and for those who love a good who-dunnit? These stories about female empowerment and not to underestimate a woman by the amount of skirts she wears.

This trilogy is about a young girl who lost her country and watched her mother die; is now trying to regain her throne and her country from a conquerer and old friend.

-The chemist by Stephenie Meyer

For those who love science and getting revenge on those who have done wrong, I suggest this book because of its strong female lead.