I’m finally getting around to telling my birth story....

My original due date was March 20th, but at 30 weeks I found out that I had gestational diabetes. I was devastated. My doctor told me that he recommended induction at 38-39 weeks in order to avoid complications from the gd. I was terrified of being induced and that was one thing that I was hoping to avoid my entire pregnancy. After doing some research and taking to several friends and family members who had been induced i was able to overcome my fears and look at the positives of doing an induction.

At my 36 weeks growth ultrasound baby girl was measuring in the 90th percentile. So my doctor and I decided to induce right at 38 weeks in order to avoid her getting too big. From 36 weeks on I did everything to try to help my body prepare for labor. I went walking for 3 hours one day(which was a miracle for me with my terrible hip pain) and my husband and I had sex pretty much everyday (no complaints from him lol) So the morning of March 6th we went to the hospital to start the induction process. I was already 3cm and 75% effaced and when they hooked me up to the monitor they noticed I was already have some contractions, so I was hopeful that everything would go smoothly. They started the pitocin at 8 am and I began having more consistent contractions. The contractions were really not painful at all, which isnt what I was expecting due to hearing other people’s experiences with induction and how painful the contractions were. My doctor came in to check me at 12 and I was 4 cm. He decided at that time to break my water to hopefully get things moving along. After he broke my water my contractions immediately became more painful. My husband decided to go get something for lunch, within 30 minutes I told him he needed to get back because

I was in so much pain and I wanted an epidural! The anesthesiologist came in at 1 to give me the epidural and it was so great. I was in so much pain during the last trimester, and after I had the epidural it was the best I had felt in months! The nurse checked me after the epidural and I was 5 cm. Halfway there! Then I was able to relax. 2 hours later the nurse checked me again and I was at an 8! I couldn’t believe it. It took me another couple of hours to progress to a 9, and then around 6:30 pm I began to feel a little bit of pressure and the nurse checked and I was at a 10! The nurses started prepping everything and this is when I started to kind of freak out! I was terrified to push out this baby. Luckily my husband is amazing and was by my side through everything. The nurses had me start doing practice pushes and things were progressing well, before we knew it the doctor was there and we were getting closer to meeting our baby girl. The nurses and doctor kept saying how much hair she had. The doctor even had me touch her head when she was crowning so that I could feel. Craziest thing ever. My doctor was worried because I was starting to tear in the wrong direction and he wanted to make sure that I didn’t have severe damage from the birth so he was going to perform an episiotomy. He was just getting things ready when the next contraction happened and I did one more push and boom she was here. The doctor was surprised she came so fast. They put her on my chest and I was in shock, I wasn’t expecting her to be here yet, I thought it would be a few more pushes before she came. My husband cut the cord and we did skin to skin. By far one of the most surreal experiences of my life. She was born at 7:47 pm, just short of 12 hours after they started pitocin and weigh 7 lbs 2 oz (smaller then the growth ultrasounds has indicated but that’s okay)

After 2 years of infertility and a miscarriage I couldn’t believe that I finally had my baby girl.

Sorry this post is kind of long but here are a few pictures of my sweet baby girl. 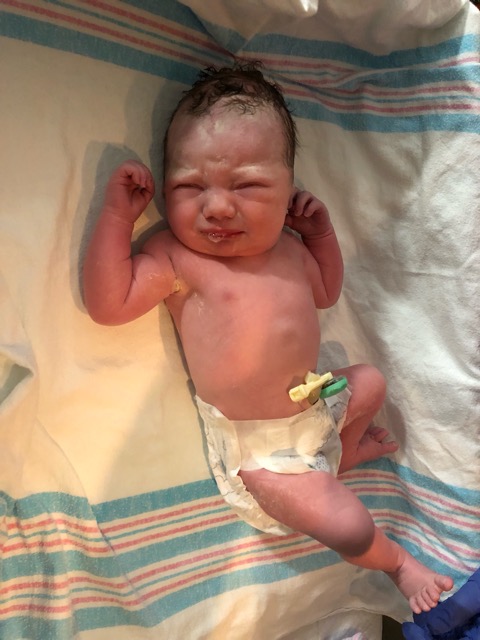 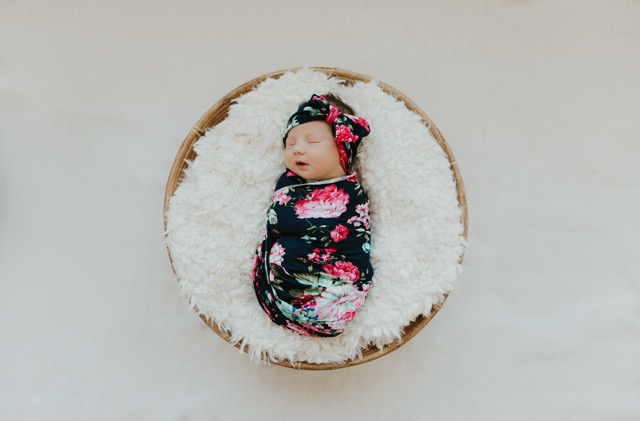