Was I pregnant or not?

So back in January my period was about a week late when I decided to take a test. I got two positive tests and realized I was pregnant. A few days later I started bleeding and decided to go to the ER(I was 5weeks and 5 days), bleeding was really heavy and cramps were very painful! They did a urine test and it was negative, then they did a blood test and the result was 25.41 mIU/ml. At this point the doctor was telling me he couldn’t confirm I was pregnant, because it could be pregnancy or it could be something else. I decided to show him the pictures of my tests, the digital one was obvious because it said “pregnant”, but the other one he kept saying it was negative(picture attached), when it clearly looks positive to me. They wanted to do a vaginal ultrasound but at that point I was in there for over 4 hours and since my husband was out of town and I was alone at home with 2 dogs and it was past their feeding time already, I decided to leave so I could take care of them. I left against their advice, signed a paper and told myself I could always go back if pain gets worse since it wasn’t far from my house. Well, it didn’t get worse and I was bleeding everything out so I never went back. They also never confirmed it was a miscarriage or what it could possibly be and the doctor made me feel that I couldn’t be sure I was pregnant, but it got me wondering what else could have given me those results and he also said he wasn’t sure. I got pregnant again in March and I am now 27 weeks along with a baby boy💙🙌🏻

I have temporarily moved from NY to OKC and had to change clinics so I’ve got asked twice if I was ever pregnant before and I try to explain what happened but my answer is always “I think so”. To me it was an obvious miscarriage, but I would like to hear other people’s opinion so I don’t feel like I might be wrong.

I’m posting my pregnancy tests at that time and my blood test result, I’m going back to NY soon and found another clinic to do my prenatal exams and I’m sure they will ask me again, I just want to be sure I’m giving them the right information without feeling like I might be wrong.

PS: I never took any progesterone medicine or anything like that, in fact the first time I got pregnant we weren’t even trying. I also bled for 10 days that month.

This is the one he said it was negative⬇️🤷🏻‍♀️ 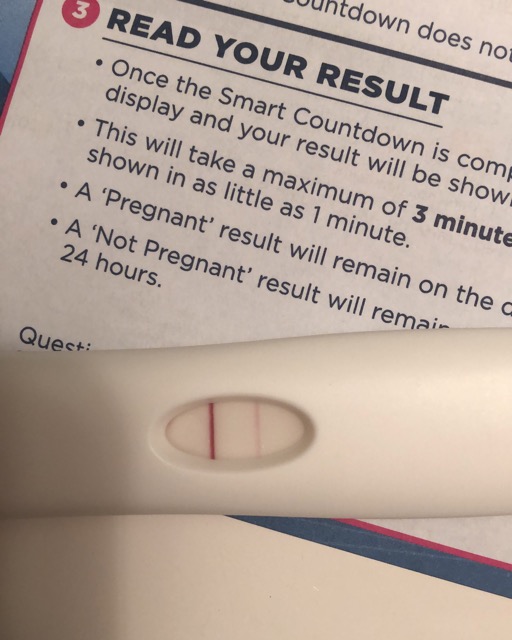 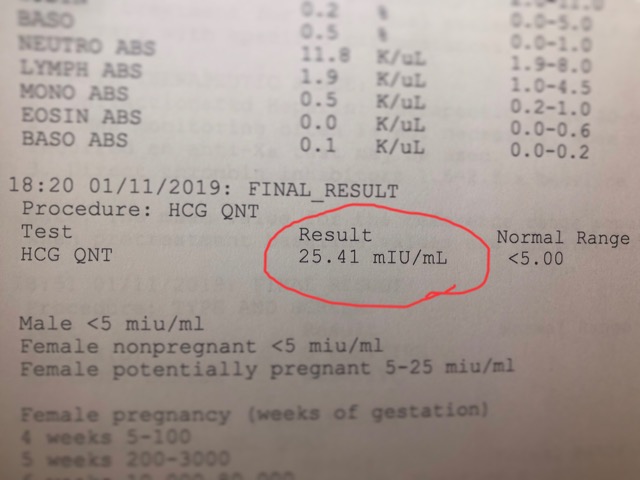