In Law Rant
Share your crazy in law stories or just vent away!

This is my mother in law

Here is a bit of backstory

My mother in law and her daughter vanessa dont really have a good relationship. They are pretty distant even though Vanessa does let her see her grandson, not regularly tho months go by before she sees him.

My sil vanessa just recently had a miscarriage in july, we were pregnant at the same time, but I wasnt ready to tell everyone right away. she had told us when she was about 6 weeks I was a week ahead of her, sadly she lost her baby at 8 weeks. So I was 9 weeks at the time which I wanted to tell her when I had turned 10 that Saturday. So of course I wasnt about to tell her with her wound so fresh! There was never going to be a perfect time, right. But I at least wanted her to mourn & heal for a few weeks before giving her our news. Welllll... we had told my husband's (Jake) mom about my pregnancy at around week 13 and we were going to tell Vanessa that next Friday when we met up. Sadly we didnt get to tell her this very special news because my Mother in law took it upon herself to tell her first. Which is so wrong imo. She told me that she told her how we felt bad about her losing her baby and didnt want her to feel bad that ours on its way?!?! Like um,🤦🏽‍♀️ Why would you say that? She was giggling telling me this meanwhile my face got so hot, I was so pissed. She was like "oh what's the big deal, I told her now you all dont have to." So when I told my husband he of course was pissed. So he's like no I dont even want to see her this weekend, so he had told her this. he knows she wouldnt like cause she comes over every weekend and has ever since my first son was born about 4 years ago. We always let her come over. So it so happens that the next weekend we couldn't see her either😮 But she did call and talk to the boys. So we had told her she could come this Sunday but clearly she just doesn't want to. All we really wanted was an apology or acknowledgement of what she did, but that's clearly too much to ask. Am I wrong here? What would you do? 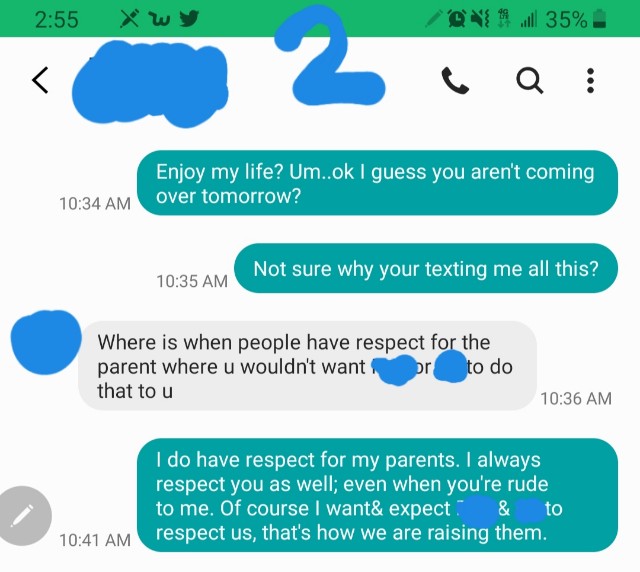 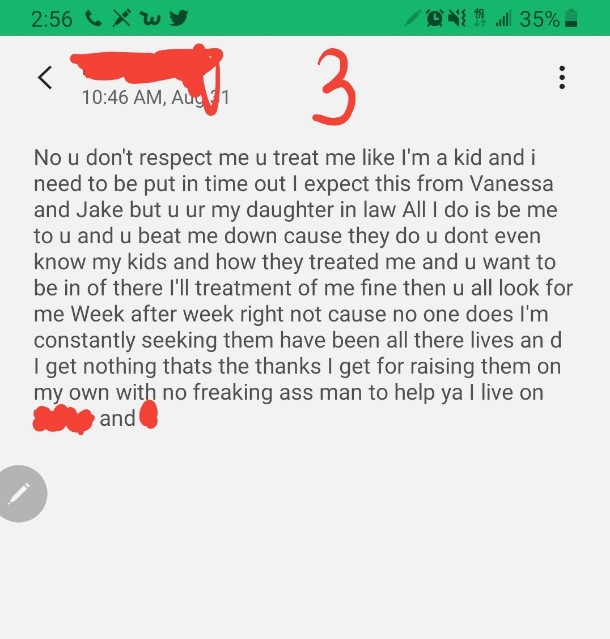 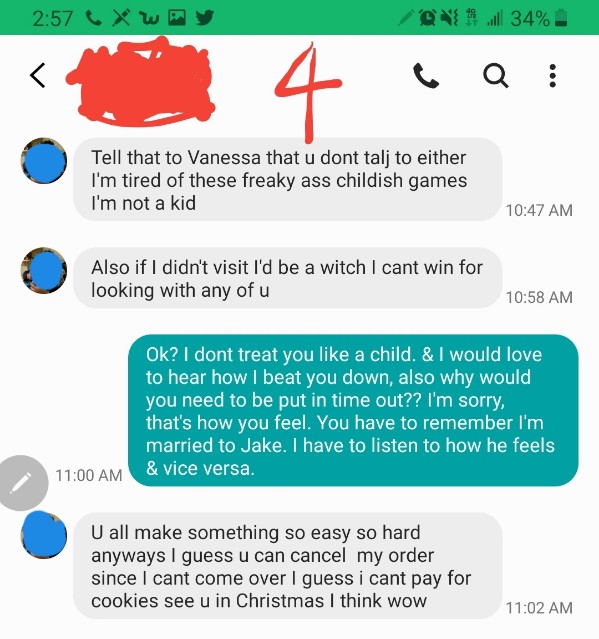 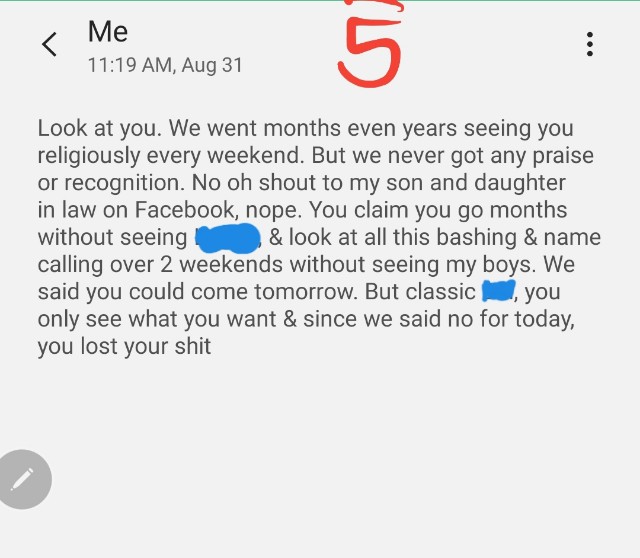 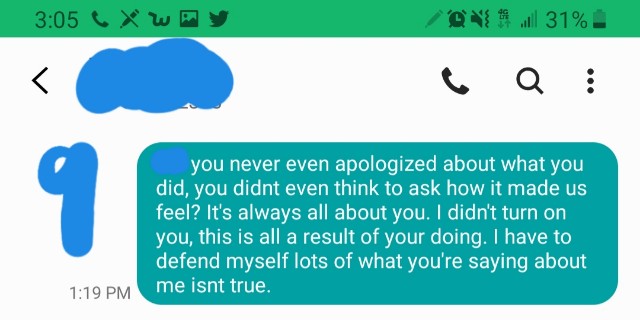 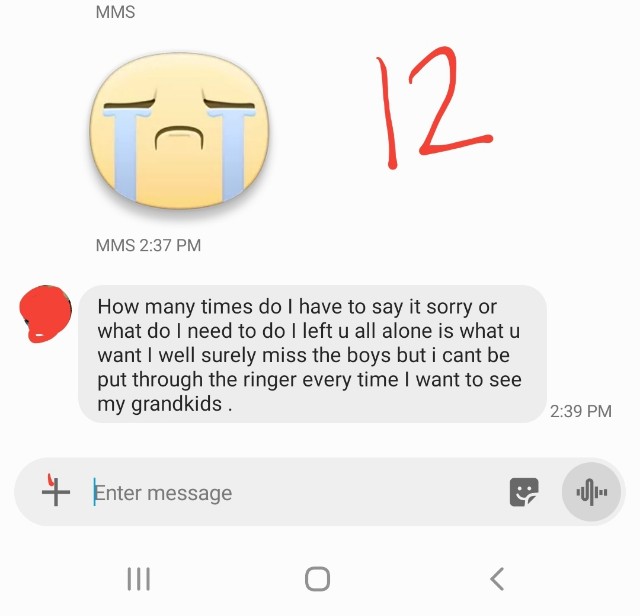 I haven't written back, this was literally the first time she said sorry🤷🏽‍♀️ I just dont feel heard by her, and I just feel like responding wouldn't even matter. She is always like this when things dont go her way. I have always respected my mil always, she always confides in me and I considered us really good friends. Idk where she comes up with this stuff? I love her I really do, I just dont know how to deal with her when shes like this...What do you think?