Pic of my angel face that I love to pieces ❤️ 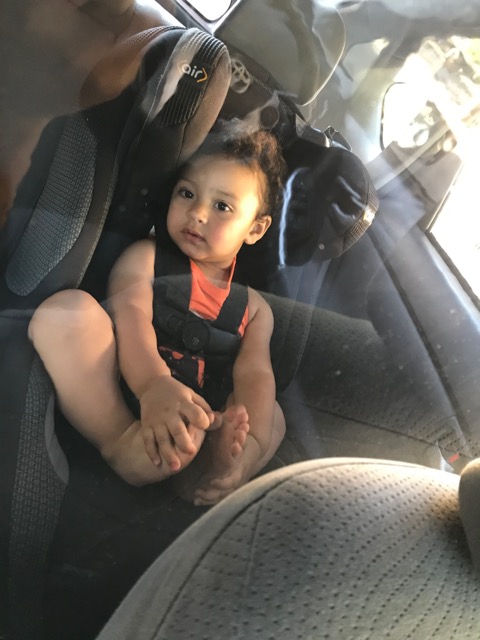 I am currently 36 weeks pregnant with a 16 month old. Unfortunately he doesn’t sleep thru the night which is driving me crazy.

My son would wake up once every other night but now he’s been waking up every 3 hours wanting his bottle. I could rock him back to sleep if I wanted to but I just be toooo tired! My back & thighs been aching me so much during this pregnancy that I don’t have the energy to put him back to sleep by rocking him. I tried giving my son 1 mg of melatonin twice & that didn’t work.

I had a routine going on for him & that doesn’t work even if I give him a bottle before he goes to sleep he still gets up in the middle of the night. 😩

It’s so exhausting I don’t remember the last time I had a good night sleep, I always wake up with my body aching so bad.

When I get up at night for my son, it’s hard for me to go back to sleep & to stay asleep I’m just so desperate for a good night of sleep & I need my son to start sleeping through the night before baby #2 arrives 😔

During the day I don’t even give my son milk every 3 hours cause during those times he’s drinking water, eating meals/snacks & having some juice.

So I don’t understand.

I spoke to his pediatrician & he recommended to me not to give him a bottle. To let him cry it out & comfort him by patting/rubbing his back to let him know that he’s going to be alright that mommy’s here but im just not a fan of of the CIO method. I’ve never had let that happened.

Idk what to do guys I’m so desperate for a good night sleep😩 help, idc if you judge or criticize me. I’ll take any advice as possible please & thank you for taking your time for reading

EDIT: so Last night I didn’t even have to do the CIO method or even comfort him. He slept thru the night on his own ! He didn’t wake up every 3 hours for nothing ! Idk what it was idk if it was because he took a small nap but that impressed me just at the fact I basically didn’t have to do anything he randomly just basically slept thru the night on his own! I hope this keeps up !! I’m just amazed & it’s definitely a blessing. But that doesn’t mean that my body still doesn’t hurt though 🤣