Does it seem like he’s just making up excuses?

Been chatting with this guy going on 2 months. He lives about 20 mins away. I’m slowly losing interest because he seems to just be making up excuses. I’m not making a big deal but just if ur not interested just say that, don’t lead me on. idk honestly.

The convos much longer, I just posted this part after I told him he doesn’t seem that interested. I brought it up once before and he basically said the same thing, he’s busy with work.

I even said that to him, like I don’t think ur really interested and wanna meet and this was his response: 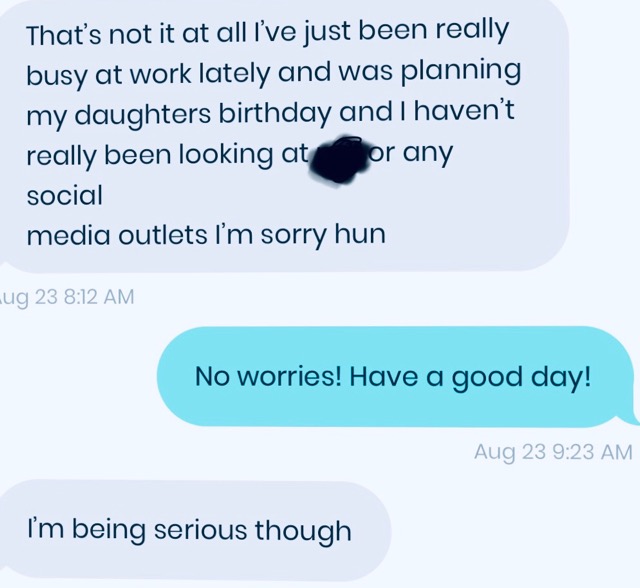