On August 7th, I had spent the day with my boyfriend Anthony. I was 33 weeks 5 days at the time. That day I noticed the baby wasn’t moving as much. I was tired but that was normal for me because ever since the beginning of my pregnancy I’ve been tired. Also my age might’ve played a factor since I just turned 44 back in May on Mother’s Day. Plus I already had chronic hypertension before I got pregnant so all through the pregnancy I had issues with my blood pressure but was treating it with Labetalol and procardia. That day after I went home, I took my blood pressure meds at 8 pm then I did my bp check and it was high. I checked a few more times, still high. I took an extra pill of labetalol hoping to get my pressure down because the hospital was the last place I wanted to go. Checked again...still high. I started to just call it a night and go to bed but my intuition told me to go to the hospital. Luckily for me, my son had got home from work earlier than expected and I had him take me to the ER. This hospital in my town quit delivering babies so my hospital was 45 minutes away. When I got called back they took my blood pressure and turned the monitor screen away from me because they did not want me to see my result. They didn’t want me to see it and then it go up even more but it was bad. I will say that. So at that point, they told me I was not going home and they gave me meds to get it down as well as putting me on Magnesium sulfate (that stuff ain’t no joke). They told me when my blood pressure got to 160 I would be transported to the hospital I was delivering at. While still there, they also put these things on my legs that inflate and deflate every minute or so to prevent me from developing blood clots. When my blood pressure got to 160, they told me my bp was in the stroke zone. It was like 200ish over like 117. No wonder they ain’t let me see the screen! I was transported and after settling in I was hooked to the fetal monitor until right before delivery. They diagnosed me with preeclampsia and told me I would be delivering at exactly 34 weeks by csection ( my 5th csection by the way!). On August 9th, two days later, after a few delays, I gave birth to my beautiful baby girl Ashanti Shania at 6:10 pm. Surgery started at 6 pm. I had a lot of scar tissue that’s why it took a little longer to get her out. I had absolutely no pain during my surgery. No nausea...nothing. I also got my tubes tied during the surgery. They kept me on magnesium sulfate for 24 hrs after delivery along with pitocin. Like I said earlier that magnesium ain’t no joke! It made me feel so weak and tired like I never have before. All I could do was lay in the bed and sleep. Just to lift my arm was so tiring. Plus I had headaches. So u can imagine how glad I was to finally get off of it after three straight days! Today my baby is 17 days old and still in the Nicu. After birth, she had to have cpap and jaundice therapy. She’s closer to coming home now. All she needs to do is maintain her body heat and gain weight. Here she is! ❤️😍😍👶🏽 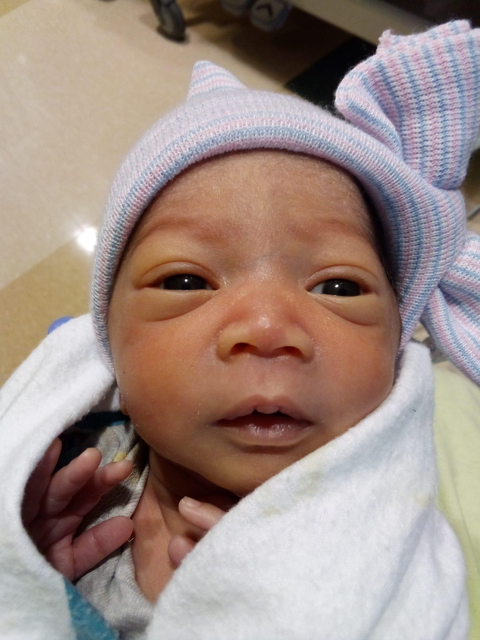