So my LMP was in march this month on the 3rd thru 9th I had light brown discharge 2dpo to 8dpo....

The nausea and breast soreness is getting worse.last night I had horrible nausea(without vomiting) couldn't even eat dinner :( also I was having stomach cramps/PMS felt like cramps so I put a pad on just in case and nothing this morning I still feel a lil stomach irritation and nausea again kinda feels like I want to get sick. Glow says today AF is due but its been saying that and she never shows..... So I'm hoping she doesn't. Could I be pregnant or maybe stomach bug??? Its been about 2-2 1/2 weeks since I tested

Btw I was also taking fb &vitex but I stopped taking them because saw reviews saying vitex causes delayed periods sometimes I'm already irregular as it is lol!!! 3 months taking it.

👇👇👇heres a pic of the spotting I had the beginning of the month only when I wiped its was hardly nothing!!! And I sometimes spot light brown /red before AF then get regular flow but this month it was different 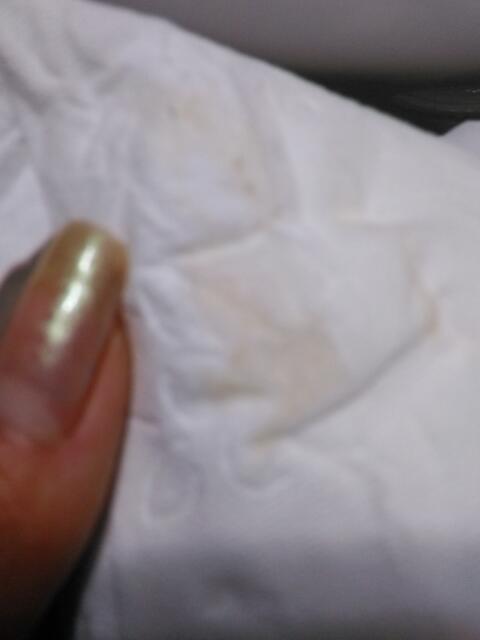