What would you guys reply with?

A few friends of mine & I were planning a movie night & wanted to decide on a scary movie to watch & one mentioned a movie called "clown" (I think). But anyway, I posted this picture on sc with the caption "they think I'm playing but I'm not... 😂" 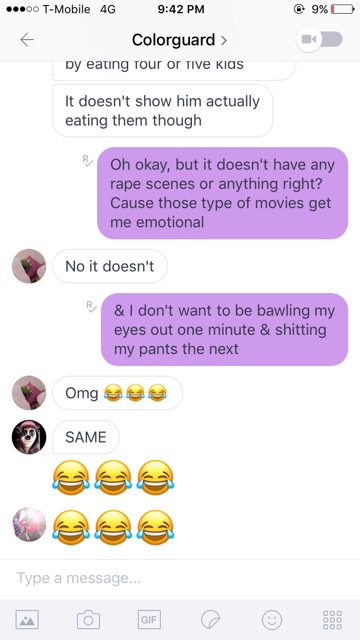 This guy replied to my story saying "lol you've been raped before huh?"

I haven't been raped but I've been sexually abused (close family friend dry humped me & my step dad used to do far worse things but I was never actually penetrated into. It was however something very difficult to deal with & try to overcome).

I simply said "no ?" But what would you guys have replied with..