just needed to get it all out. long and hard post ❤

I know everyone is different, but this is what the day of my D&C; was like for me.

I had my D&C; this morning. All of the surgical staff was wonderful and so understanding and comforting. But I learned quickly not to assume that everyone knows what you're there for and that isn't anyone's fault. The nurse that started my IV noticed me shaking and crying when she sat down with the needles. She asked if I was just nervous for the IV. She didn't know why I was there. She was just doing her part. I nodded yes, holding back more tears.

The surgeon I had was absolutely incredible. Once they gave me some fluid anxiety meds, they wheeled me back to the OR where she sat next to me while the anesthesia was kicking in, holding my hand, and wiping the tears from my face. I had already said my goodbyes to my baby that may have never had a heartbeat that stopped growing over two weeks ago. But it finally sank in before I went completely under sedation. It only took two or three minutes for this to happen but it felt like days.

When I woke up in recovery, I was shaking. A nurse was talking to me as she typed on a computer but I honestly can't remember anything she was saying. I didn't feel empty inside like I thought I was going to. I was shaking and had a horrible taste in my mouth. She brought me some ice chips and I ate them while crying. There was a lady next to me in with oxygen still on and a man waking up across from me that seemed very frantic.

After the few minutes I was awake, I was taken to a different area where my husband was called back to see me. After 7 incredible years of being together, I don't think I was ever so happy to see him. This process has been extremely hard on him and he's trying so hard to be the strong one for me.

The nurse told me I could go ahead and get dressed and my husband could go get the car. They went over the medications I was to take afterwards. Two pills of antibiotic and two types of pain medication. When the nurse pulled the curtain so I could get out of the hospital gown, I stood up slowly and felt all of the blood. The pad I was sitting on was damp with blood, and even the pad under that was too. I then realized the ultra/mega sanitary pads I bought yesterday were not strong enough. I asked the nurse if I could have some like the one they had given me after the procedure. They were essentially diapers. She brought me back 8-10 of them. I've already used them all.

I finished getting dressed and the nurse met me outside the curtain with the wheelchair. She tried to make small talk (which was perfectly fine, anything get my mind off what was happening to me, even if just for a few minutes). The nurse and my husband helped me get in the car and I was terrified I was going to bleed on the seat and the pad not catch it. I had another pair of pants with me and sat on those. I recommend having a towel on hand in the car for this reason.

My prescriptions were not called in ahead of time and that is my only complaint in spite of everything. We dropped them off at the pharmacy and were told it would be about 30 minutes. I tried to wait in the parking lot but I got really dizzy, then my vision started to brighten tremendously, then my hearing started to lessen, and my body was super hot. I nearly stripped in the car. I took my coat off, cranked the A.C., and rolled my window down. I told my husband that I needed to just go home and lay down. He drove me home and I know he hated leaving me to go back for the medications.

When we got home, the dizziness had gone away and my vision and hearing fully returned. With every move I made, I could feel the bleeding. They told me it would be "period-like"  but that was putting it lightly. The first time I peed once I got home, hurt. A lot. I wasn't prepared for that. Don't force your urine out.

I learned early on that one pad alone was not long enough to catch the blood. I put one long-ways then one sideways pretty much under my butt. My mom gave me Depends that my bed-ridden grandfather uses. I've used those most of this evening and they have helped tremendously. I would recommend them over the pads. I have to wear them backwards so more of the pad reaches up toward my back. I took the fitted sheet off our bed and laid a towel down and a large pad on top of that. It's mostly just precautionary. Hopefully tomorrow the blood will lessen. 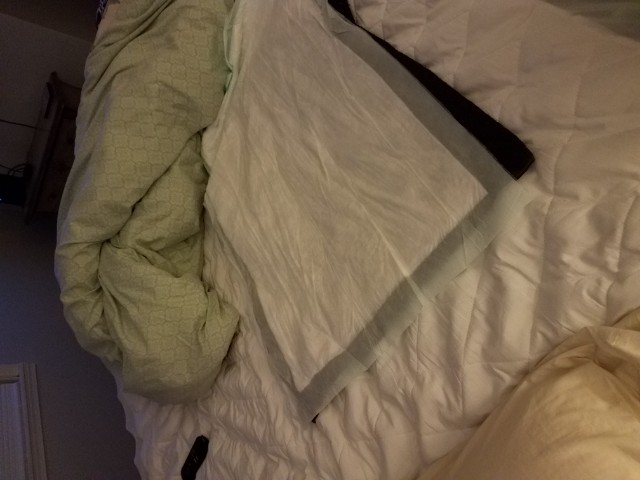 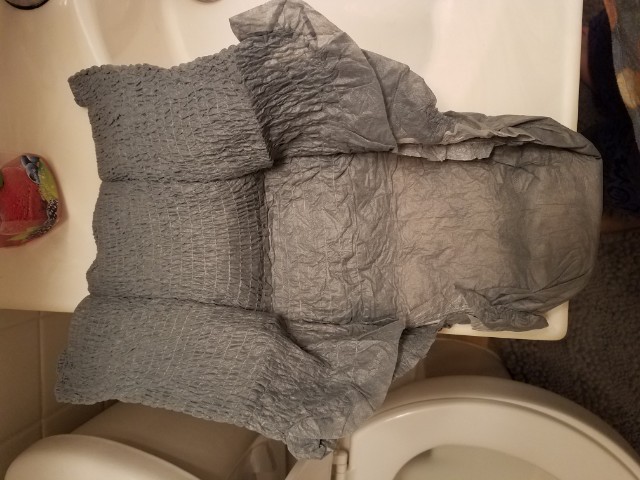 I am thankful for the little-to-no pain I've had. Every now and then if I move a certain way or even laugh (yes, you are still able to laugh), it will hurt but just for a second.

I learned today that I'm stronger than I ever thought I was. I made it. After finding out yesterday we lost our baby, I honestly didn't know if I would make it through today. But I did. And if you have elected a D&C;, you will make it too. Each day that passes now, I am hoping will bring a little more peace and comfort. It's not going to be easy, I can already tell. I've had my completely broken moments and you will too. But at the end of each day, you can say you've made it.

This weekend, my husband and I are going to get a box from a craft store and pull out a few items to put inside. We had already started buying things because it wasn't supposed to end this way. We will put the first ultrasound pictures where we found out something just wasn't right but we were still hopeful. I'll put my bloodtest in that confirmed I was pregnant the day after my faintly positive at home test. The Superman onesie I used to tell my husband he was going to be a father for the first time. The silver booties charm my mom and her fiance bought for me. "The first word your baby will say is Dada" book I gave my husband for Christmas from our baby. I have the video of me telling my husband I was pregnant the day it was confirmed, the video of us telling my mom and her fiance, and the video of us telling my in-laws. We're going to put them on the computer and transfer them to a CD. We'll put that inside the box too. We will never forget about this nor should we. Just because we will "move on" does not mean we will forget. We are going to keep trying. We don't regret any of this, not even for a minute. A little over a month ago, we found out I was pregnant. Our lives were instantly filled with so much more joy and happiness. And in a little over a month later, that was all taken away. But we will get it back at some point. I know it's not going to happen tomorrow. It will take days, weeks, months, or years. No one knows these things. But it will happen. It will happen for me and it will happen for you. ❤