Update below: So I am scrolling through social media this morning/night. And come across a debate about a mother who has been charged with her baby’s murder.

An off duty police officer was speeding (94mph) and crashed into a car which had 4 children (including the baby) and 4 adults. She was not in, nor driving either car.

Sadly, the impact killed the baby.

She was found guilty of murder as she was the one who strapped the baby in the seat before the driver took off. The seat was found to be the wrong size for the baby’s height and weight.

I personally feel the mother should not be charged with murder. She was not speeding, she did not cause a crash. If it wasnt for the cop’s dangerous driving, the baby would still be here.

I just wanted to bring this to CC to see what you guys think. 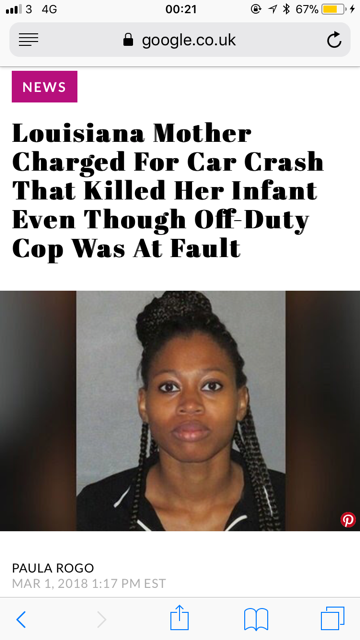 So there has been new information released since this post was written.

The mother did not secure the seat in the car. It was wedged between 2 seats. The baby was also not properly restrained. This now slightly changes my opinion.

The cop was also charged with negligent manslaughter, as well as the mother.