Boyfriend threatened to take me to court over our newborn

Backstory- We live with my mom but we are in the process of moving out.

My boyfriend got angry with me yesterday over his internet not working on his phone (yet he could send iMessages). He said some apps would work but not safari. He asked if I turned off his data.

I told him I didn’t do anything and then he asked if I put restrictions on his phone (what?) and I said no.. He then got angry about how he wouldn’t know anything because he has no access to the phone bill (which is in my mother’s name but I pay it as my rent) and the cable/Home security bill (also in my moms name but he paid it as rent) he got removed from the account because he would watch the security camera to see what I was doing if I didn’t text back quick enough.

Im pretty put off by this whole thing and really question our relationship after that. I was going to quit my job and be a stay at home mom (his suggestion), but now after that...NOPE. My mom says she doesn’t trust him or like him and that he’s sneaky. She said what he was doing is an invasion of privacy and she didn’t like it.

I just need advice as we were going to buy a home but now I think it would be safer to rent...but like...should I even be with this kind of person? I don’t want my son treating women this way or being treated this way.

He’s also threatened to move out until I make my mind up about if I want to rent or buy.. 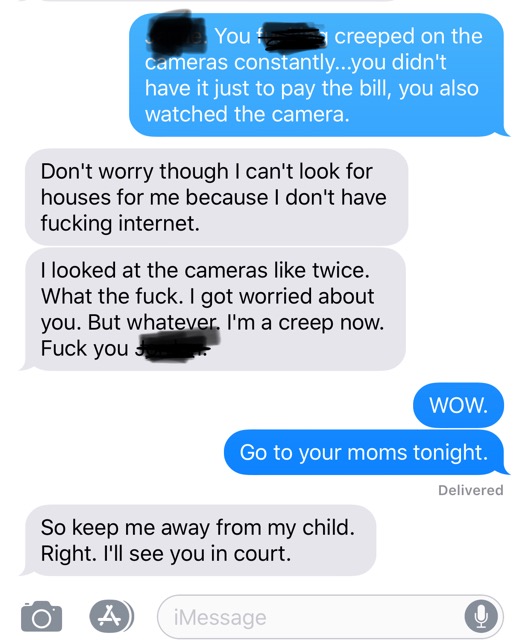