So I’m 17 and my boyfriend is 19. I’m currently 10 weeks pregnant with his baby and he tells me I’m not allowed to talk to anybody of the opposite gender and I’m not allowed to hangout with my friends unless my mom is with us. He also doesn’t let me have any social media. So I told him if I can’t do any of that stuff then neither can he. Bc that’s just not fair. Well my mom has all my social media passwords and checks my stuff everyday. My boyfriend got this little 15 year old girl to send add me on sc and sc me just to see if I would open it. Well my mom opened the sc and left the girl on open. 5 minutes later my Bf text me and says this 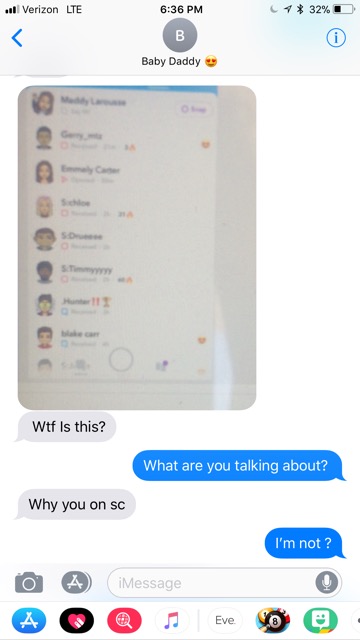 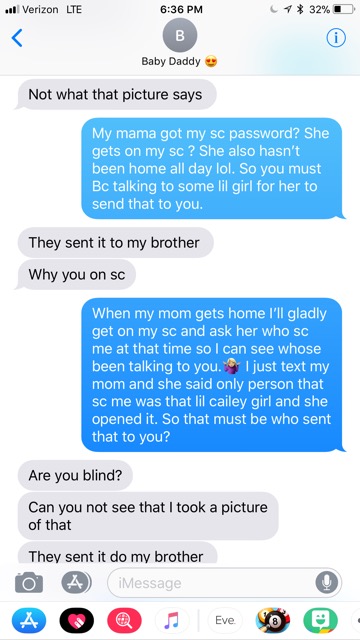 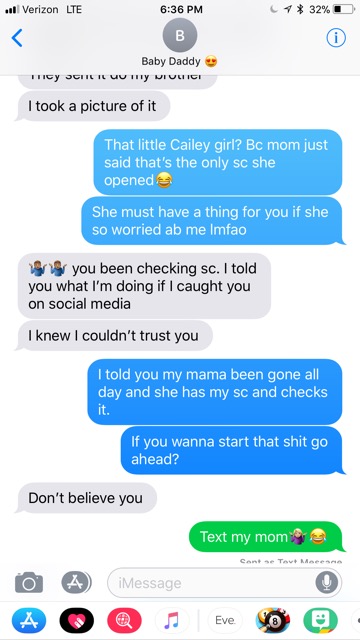 He’s got this little girl stalking me for him.. and I confronted her ab it and she just said “that’s like her brother and she’s watching out for him” and how I’m being immature and all kind of other shit. I feel like they got something going on. He was driving her around town in his truck yesterday and somebody told me ab it... he was also telling me to abort the baby today when I mentioned adoption Bc he doesn’t have a job. And all we do is fight so I mentioned adoption and he told me to just abort it. Should I stay or leave? What is he doing?