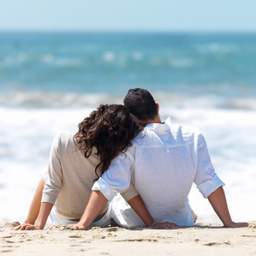 I can’t do this anymore

It’s 3 am and he is getting ready for “work”. He claims he has to be there early but he never works on sundays and being I use to work at the same store I know the times. He thinks I’m dumb there’s clearly someone else and when I ask who is she he starts getting angry followed by oh I should be the one getting upset and questioning you when you go to the gym. Well dumbass your the one who knocked me up and excuse me for trying to get back to my pre pregnancy size. He only wants sex when he wants it(which is pretty much never)I can lay naked next to him and he won’t touch me. I am married to him and have 2 kids other wise I would of left a while ago. Plus we live somewhere extremely expensive. It’s sad we are only going on our 2nd wedding anniversary and I’m not excited I should of never married him at least then I would of been able to take my kids and go. These past 2 years have been hell. He tells me to get a job so I do then when I am finally making money oh we can’t afford for you to work. We argue all the time (mainly about him cheating on me) but lately everything I do he turns it around on me when I do absolutely nothing. I don’t even leave the house unless it’s to take kids somewhere or gym. Why won’t he just admit there’s someone else so I can move on?

Better. But I don’t hold my breath when it comes to him because his emotions are so up and down. Thank you for all the kind thoughts and advice.

I will keep you guys posted

Today with him was absolutely horrible he has been very rude the past few days. So today when I told him if he was going to be nasty towards me he may stay home because I enjoy being out with my kids with no drama. Well next thing I know he is yelling for me to take him home I tried to smack his drink from his hand and next thing I know he poured it all over me. Luckily my kids didn’t see any of this. Immediately I left with them wish I had actual money to leave his ass for good. I’m over it.