My MIL refuses to get the tdap vaccine. I let her know my doctor told me that who ever was planning on being around the new baby should get this shot.

Whooping cough has been on the rise where I am since hurricane Harvey. I’ve personally known 5 people to die of the flu. And I know people who have babies who almost died or got super sick because people didn’t get vaccinated.

I don’t want to put my child at risk and she won’t respect that. She’s comparing me to my husbands ex (who is bat shit crazy) because I’m asking of this. She likes to make everything about her self. Not caring who it effects. I sent her this message, after she yelled at my husband for an hour about it, and she never responded. (Also she’s saying she will only get the shot of I pay for her gas to the doctor and pay for her and her entire families shot) 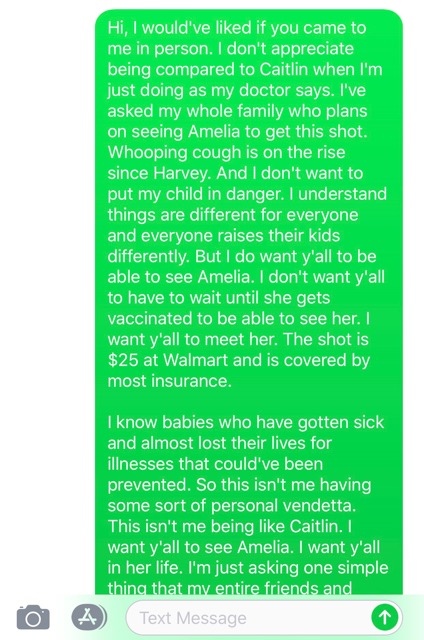 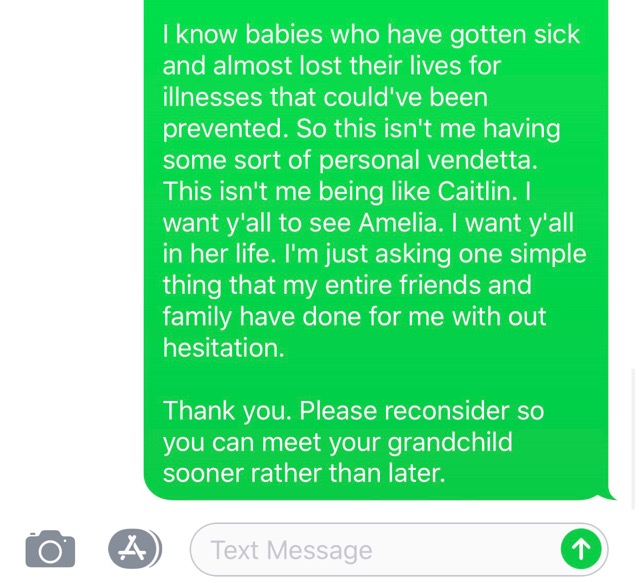 Also. She lives next door so I know she’s going to try and come over.

She just keeps getting pissed because she never had to do it with her kids. And her cousin didn’t make her get the shot. But it’s not like she lives next to her cousin and their new baby. She hasn’t even met that baby yet.

She thinks I’m only asking them but I literally made a post and tagged all of my friends. And I’ve personally asked my entire family to get this shot. I don’t understand this woman. 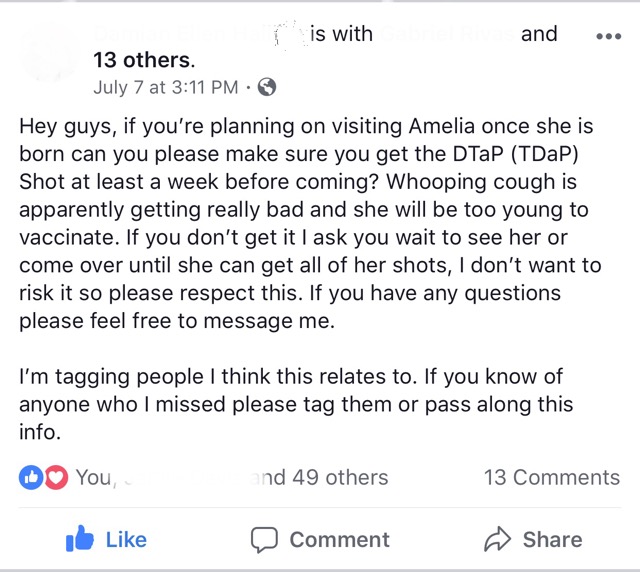 EDIT: I went to her house to talk to her and she said she never told me she wasn’t going to get it because she didn’t think it mattered. I’m glad she ended up blowing up on my husband about it. I let her know over a month ago I wanted her to have it. And she never mentioned not wanting to do it. I’m due in like a week and a half. I told her I wish she would’ve told me sooner instead of me assuming she already got it.

She kept trying to change the subject and started saying her sons always listen to heir wives/girlfriends over her. And she was crying about it. And started saying she’s glad she had a daughter because maybe someone will take her side now.

I kept trying to bring it back to my feelings and how I felt about the situation and how I’d appreciate if she got it if she plans on coming over.

She responded with sorry you feel that way.