Here is the story of my little Liam’s 2 week early arrival. I’m a first time mom and was only 38 weeks when he was born. It’s going to be a long story so hang in there 👶🏻

September 12th I was having some coffee with my friend at a cafe when I felt a slight gush in my undies. It felt like when you sneeze or stand up from sitting down while on your period. So I thought aw snap did I just pee myself? I went home and started to panic a little after noticing how soaked my panties/ leggings felt, told my fiancé that my water might be leaking but I wasn’t sure. So I packed a hospital bag just in case and we decided to wait and see if it happened again. So the next morning (the 13th) I wake up and feel another gush, but this time I was naked (I slept naked lol) and it was enough to soak the sheets visibly- so we got our stuff together and headed to the hospital to get checked. I think we honestly thought it was just pee and didn’t expect for it to actually be amniotic fluid, but low and behold, the nurse checked me and the test came back positive. She told us we would be admitted and induced. That’s when sh** got real.

Originally my fiancé Austin and I had planned to not tell family or friends that I was in labor until I had progressed a good amount, but we were so nervous and excited that we face-timed our families and told them the news before we even got a room in l&d.

My cervix had been completely closed each time my OB checked me over the last couple of weeks but could feel that baby was low and engaged. So the nurse checked me and I was less than a fingertip dilated. We got our room in l&d and my doctor decided to start me on pitocin and have me walk around for an hour. Since it had been more than 12 hours since my waters ruptured prematurely I had antibiotics dosed every 4 hours. The pitocin made my uterus start contracting slightly but after the whole day of increasing the dosage my uterus just seemed to be agitated with irregular contractions and it ended up messing with baby’s vitals. So we stopped the pitocin because I still wasn’t very thinned out either and decided to give my uterus some rest and I took oral dosages of cytotec that night to soften my cervix (I think) because inserting the vaginal one would be pointless bc of my waters leaking.

So the next morning still not much progress- only 1cm dilated still but I was much more thinned out and my doctor finally decided to break my waters and start me back on pitocin. That was one of the most insane sensations I’ve ever experienced. So much water! Pretty much right after he broke my water bag the real contractions started. I sat on the birthing ball and tried to breathe through them but they started to get intense and cause anxiety to build. So I asked for the epidural thinking it would take the anesthesiologist at least 30 minutes to get there to administer it but he showed up within 10 minutes and caught me off guard.

Guys. I had one of the worst panic attacks of my life. I could not stop hyperventilating and crying blubbering like a baby. It was embarrassing but finally the procedure was over and it wasn’t even that bad pain wise- I just had so much anxiety and Austin was forced to leave the room which made it worse. I finally calmed down and my nurse who was so sweet gave me a lavender essential oil sticker for my gown and helped me calm down.

The next couple of hours consisted of switching which sides I laid on, using a peanut ball thing between my legs, and I got a catheter which was surprisingly one of the best parts of labor... bc having to unplug yourself from the monitor and lug the IV cart into the bathroom got so annoying! So hours go by and due to my waters being broken and the risk of infection, my dilation wasn’t being checked frequently. I was starting to think I was going to need a c-section and started looking at birth stories on here freaking myself out. Finally my OB comes by and checks me, asks me if I want the good or bad news. I say give me both. He says well bad news is you’re not ready to push, good news is you’re 7cm.

The next few hours family comes and visits me and the nurses switch shifts. Guys I had an angel as my nurse. My mom passed away when I was 15 so it was definitely emotional and hard going through my pregnancy and birth without her, but my nurse reminded me so much of her and treated me like I literally was her own daughter. She told me to tell her if I felt the urge to poop, which was difficult to tell because of the epidural.

I felt the need to pass gas at some point and she asks me how I’m feeling and I tell her I’m feeling pressure down there a little, so she checks me and gasps- baby’s head was right there and I was ready to push. Man I’m getting emotional just typing all of this out lolol. So the doctor comes and they set up the table and we do a few practice pushes and the doctor is like okay yup this is happening. 5 sets of 3 pushes and Liam Austin entered our world weighing 8lbs 9.9oz, 21 inches tall.

I had 2 tears on my labia and I started hemorrhaging badly so they stared giving me all types of medicine and injections and pressing on my stomach, which was the worst pain I’ve ever felt. It was torture, but my doctor saved my life. My uterus wasn’t cooperating so they inserted a foley balloon (I think that’s what it was called) full of saline which eventually was taken out the next day. I laid on the table feeling so out of it and sick, and Austin went full daddy mode after my skin to skin time which was very short due to my condition. He talked to Liam and calmed him down and held him while the room full of nurses fixed me up. I ended up feeling dizzy and sick to my stomach and vomited a little bit, then they gave me anti nausea medicine and from there I don’t remember much because of the pain medicine.

The next day was mostly just recovering and spending time with my son, but I was so sleep deprived and stressed out from the birth and trying to breastfeed that I don’t remember much. I was having a very hard time getting my son to latch and my milk had yet to come in, so his blood sugar dropped so we began supplementing with formula. We were discharged the next day. So we were in the hospital for 4 days total!

Fast forward to today, 12 days postpartum I am still coping with my birth experience... it’s such a conflicting and confusing feeling. Maybe it’s because I’m a first time mom, or maybe it’s all completely normal but I cry when I think of everything that happened and how fast time has flown by. It feels like it was just yesterday. The crazy thing is, I feel sad that I’m not pregnant anymore. I feel this insatiable need to do it all over again! Baby Liam is now nursing like a champ and is gaining his weight back. 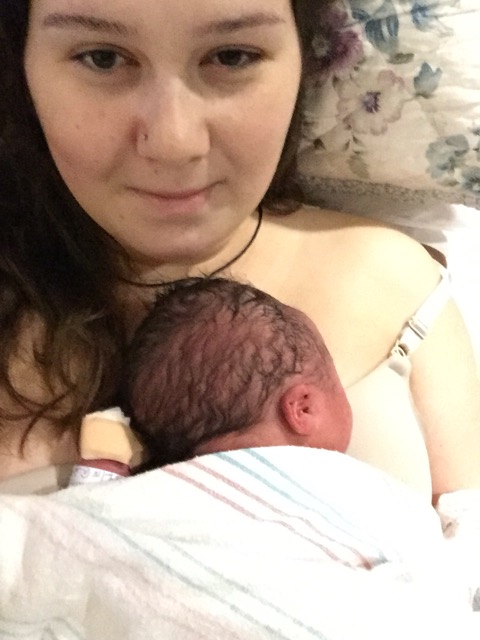 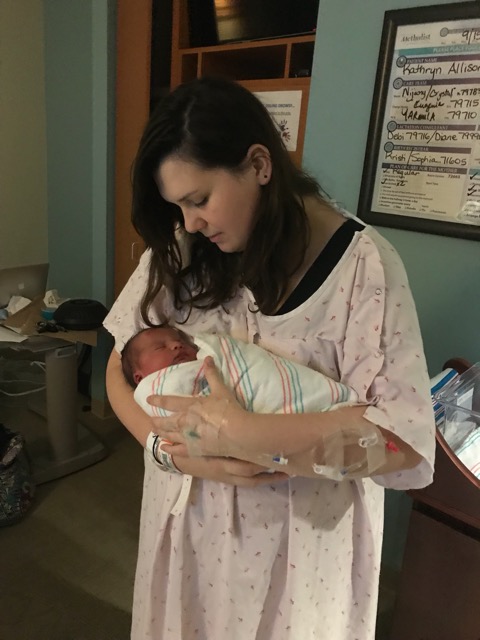 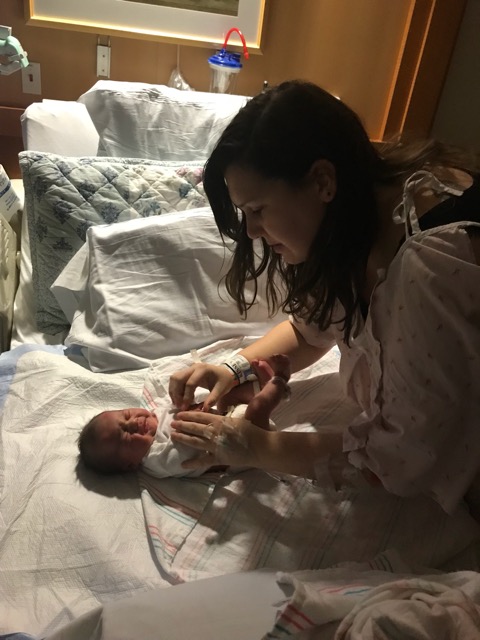 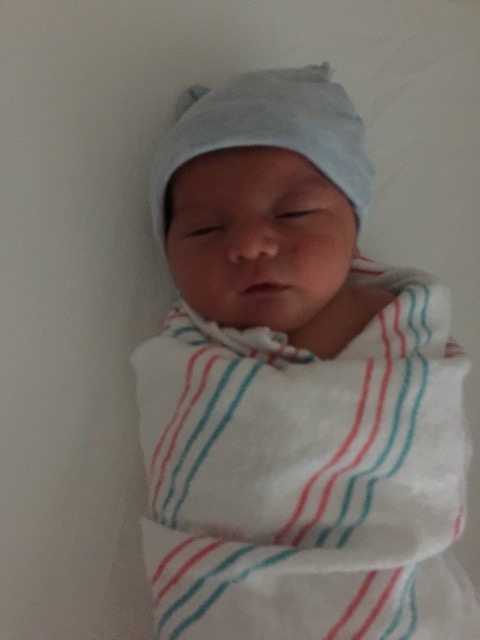 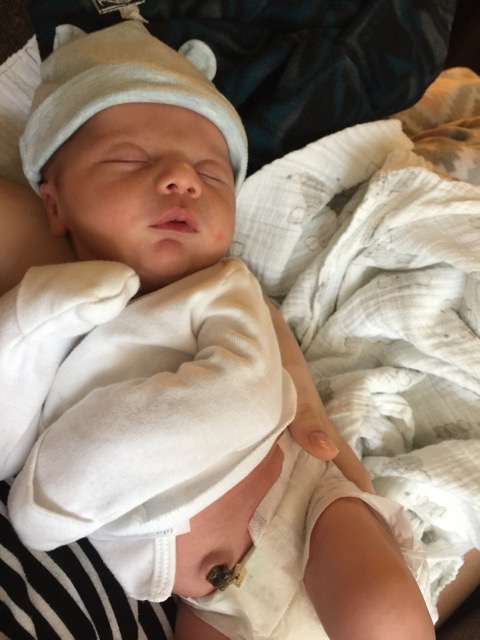