So I really need to vent because I'm losing my mind.

My mother has several mental illnesses. I am her youngest and am pregnant with her first grandchild. Due to her illnesses, I've kept my distance from her over the past several years because she can be very toxic to be around while still trying to have a relationship.

She wants to buy me a carseat. I said okay, I picked out the chicco keyfit 30 infant carseat. She said she's buying me the 4 in 1 convertible carseat. Then argued with me why hers is the better option even though it wont even fit in my truck and I wanted a carrier.

She argued with me why a pack n play is the better option over the bassinet I had picked out.

She argues with me over who is going to babysit, gets mad when I don't let her randomly touch my belly in public, tells me choosing to cloth diaper is ridiculous, how its okay to use blankets in the crib, tells me I need to be induced, informs me I have to text her as soon as i go into labor. I explained after I give birth we don't want any visitors for a while, including family. Apparently she thinks she's the exception. She demands she gets priority over my husbands mother. And Every time I correct her she informs me its HER grandchild. Its my child! I'm trying so hard to have her be a part of this, a

nd its just making everything worse. What in the world makes her think because its her grandchild she gets say over me? I'm just so frustrated with it all and wish she would just calm down. I really wish I could limit her without limiting my father.

And for fun a picture of the belly at 27 weeks 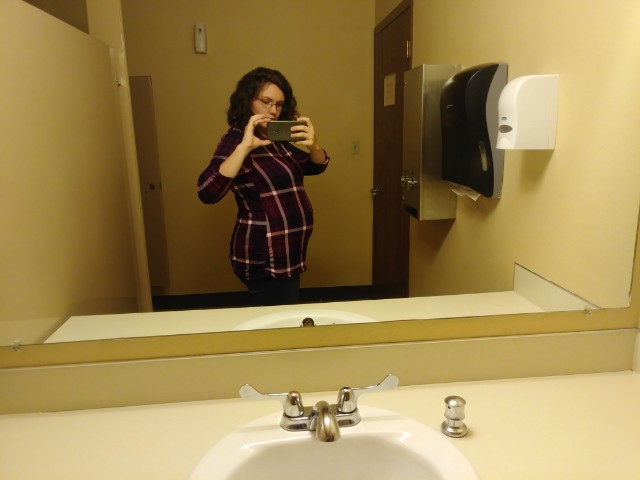