So I’m in a crappy situation.... due to insurance I just had to switch doctors and health systems at the first of this year. I’ll be 32 weeks on Monday with twins.

I met with my new doctor on Friday .... unimpressed is putting it kindly. Maybe if it was just one or two of the things it wouldn’t be as big of a deal. Idk.

1) The pic is literally how they had me leave a urine sample. Just weird and not quite sure how that’s considered sanitary. 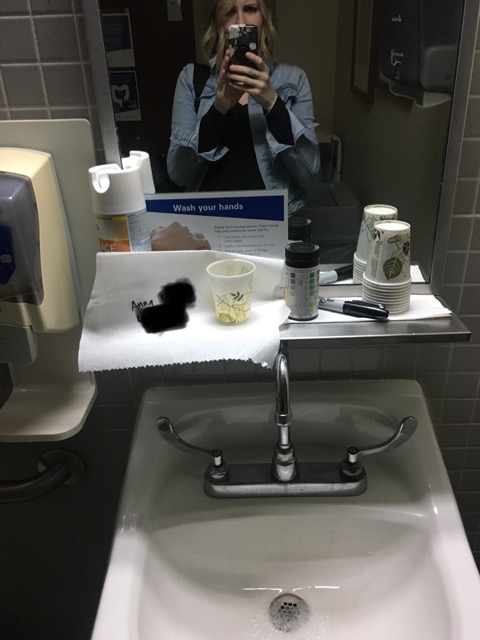 3). Not sure who’s scale is off, but their scale put me at 7lbs lighter than what I last weighed at other Drs office....which seems like a very significant difference to me but she was just like huh yeah one of them must be off when I brought it up to her.

4). She was ok and nice but clearly didn’t read my chart at all before hand and I made sure I requested my records transferred a month ago. Like she was asking me when my last period was ... ummmm idk more than 32 weeks ago??? And it was to the point that the things she was saying made me feel like she didn’t even know that I was having twins. I’m not sure if that’s the case or not, but just the things she was asking felt that way and she kept just saying “baby” until I said yeah, it’s kind of hard to tell what’s what since there’s two of everything in there. No U/S no NST.... literally measured my stomach as if that’s accurate for twins and had a resident find the heartbeats with a Doppler. It felt like a 24 week appointment with a single baby not anywhere near what I’ve been having with the twins and most certainly not like I’m almost 32 weeks and potentially 4-5 weeks out from having them. I’m upset that I didn’t push My husband more to come with to the appointment because he would have been able to read me and help me ask questions. So he’s coming to my appointment next week and I’m calling L&D there monday to set up a time to get a hospital tour since it’s huge and I have no idea where we’d go if I actually was in labor.

All in all it was a 4 hour round trip (because it’s an hour away from where I live...)and made me feel just anxious and not confident in this at all.