Not the labor/delivery I expected or wanted 😕

So here I am: 17 weeks PP and FINALLY posting my birth story. It’s taken me a long time to be able to even think about it without getting upset, but I think writing everything down and putting it out there into the universe helps. This isn’t necessarily a *happy* story, but it’s mine and the result is my beautiful little girl, so I’m learning to come to terms with it.

During pregnancy I was pretty dead set on a natural birth. I especially wanted to push myself and see if I could have an unmedicated labor and delivery. A huge part of my self worth comes from being strong and independent, so I was actually EXCITED to experience labor! I was obsessed with reading tons and tons of positive birth stories on here (and avoided ones that seemed traumatic or bad), read Ina mays guide to childbirth, prepped my mind, etc. I was so stoked to feel contractions start, labor at home for a while, and then go to the hospital when I was ready.

Unfortunately, my little girl had other plans. My body always does things late, so I wasn’t surprised when I went past 40 weeks, but once the due date had come and gone, I started to get a little anxious. I tried EVERYTHING to “induce” myself and experience the start of labor naturally, including walking, yoga ball, spicy food, acupressure, and even acupuncture, but it didn’t work. At 41 weeks my doctor recommended I be induced, so I agreed, even though it killed me that I wouldn’t be able to experience a natural, gradual start to labor. Many, many, many tears were shed during that last week.

My due date had been March 13, so on March 20 at 41 weeks, I was admitted to the hospital around 11 am. I was only 2cm dilated when they began with a Foley balloon at 2pm after the entire intake procedure. That afternoon and night I chilled in the room, hoping and praying that the balloon would come out, meaning I was 4cm dilated. 12 hours later at 2 am (the longest they can leave in the balloon) I was only 3cm. They started pitocin, so I began contracting more regularly and painfully. I made it to 5cm by 5am, and at that point they broke my water. That’s when the contractions REALLYYYY took ahold of me and became super intense. It’s so hard to describe the sensation of what the contractions felt like. In the moment, it was the most intense internal pain I’ve ever experienced...I would feel it coming on, grab my husband’s hand, and breath/moan through it until it subsided. Once it went away, there was ZERO pain! I wasn’t keeping great track, but I would estimate my contractions lasted around 45 seconds and happened every 2-3 minutes. But to be fair, I had NO concept of time. I was just surviving.

Three and a half hours later at 8:30am, I couldn’t take the pain anymore so I asked to be checked. I told myself that if I was around 9cm, I would gut it out and go without the epidural. Unfortunately I was only at 7cm. I didn’t want to take another 3.5 hours to make it those last couple cms, and it had been 18 hours in the hospital at that point, so I requested the epidural. I cried, but I was also relieved to get some pain relief.

Plot twist! - the epidural didn’t work. For a couple hours they tried upping the dosage, tried waiting a little bit, and asking me what I wanted to do. What did I want to do?! I wanted them to REDO THE DAMN EPIDURAL!!! Another doctor came in, looked at my back, and said with a very concerned tone “ohhhh”. Made it pretty obvious it had been placed incorrectly the first time. Thankfully, they redid the epidural and within 20 minutes I felt like a completely different person. My best friend who was in the room with me cracked a joke and then said “that’s the first time I’ve seen you smile in hours!” It was a huge relief.

24 hours after I had the balloon inserted, around 2pm, they told me I was ready to push. She still wasn’t dropped that much, so I pushed.....and pushed......and pushed some more. She started getting decels (her heart rate was slowing) periodically, so they started turning me from side to side, getting me on my hands and knees, on my back....every position I could physically get into with the epidural, we tried. I was also throwing up from pushing so hard to try to get her out. It turned out she was slightly transverse, so they attempted to help turn her head into a better position while I pushed.....but that actually ended up turning her into a WORSE position. At this point (about 2 hours into pushing - around 6pm), she was sunny side up and even more transverse. A midwife came in and made one last final attempt to turn her (she literally stuck her entire arm into and used her whole strength trying to turn her...my daughter had a small cut on her head from how forceful the midwife was in her attempt), but it didn’t work. The doctor told me I needed to decide if I should go with a c section.

I immediately said yes, if that’s what they needed to do to make sure she was delivered safely. In the operating room, I was shaking uncontrollably on the table from all the drugs in my system, which was super unpleasant. They had to literally pull her out of me because she was so wedged in there. Luckily she was completely healthy, and they laid her on my chest (not skin to skin though) after cleaning her up. I wish I could say there was a huge hormonal rush of love and emotion.....but there wasn’t really. I’m not sure if this was solely due to the c section, but it was still disappointing. The one thing that made me feel better was that my doctor came over to me (while I was still on the table, getting closed up) and said “don’t blame yourself for this. You were an amazing pusher, but you could have pushed for another 6 hours and she wouldnt have come out.”

That night, I was COMPLETELY out of it. I was exhausted from having been up for over 30 hours, and my system was reacting hard to all the drugs. I drifted in and out of sleep, vomiting when I was awake. I had to rely completely on my husband to wake up and get my daughter and bring her to me when she cried. (Fun fact - I actually had to throw a pillow at him because he was sleeping so hard. I tried YELLING his name and he still wouldn’t wake up, so I had to take drastic measures 🤷🏻‍♀️😂).

Luckily, the recovery process has been fairly easy. Obviously c section recovery isn’t a breeze, but it’s been about as easy as it could be. My nurses in the hospital were PHENOMENAL. My baby is an angel doll who is legit spoiling me and probably giving me too rosy a view of motherhood 😂 My biggest hurdle has just been struggling with the intense negative emotions and disappointment surrounding my labor and delivery. Even though rationally I know that all deliveries are valid, I still feel like I didn’t *birth* my daughter. Hopefully next time I can do a VBAC, although we want to have kids close in age and not wait the recommended 18 months. I guess if I’m forced to do more c sections, it won’t be the end of the world since I’ll know what to expect.

This story isn’t to scare anyone, or to warn them about what could go wrong....it’s more just to see if this helps me heal emotionally and work through all the feelings that still linger. It’s still hard to see people posting birth stories where they got to experience a “natural” labor and delivery, but I’m hoping one day I can read them again.

Anyway, I’m honestly shocked if anyone actually made it this far 😂 Your reward is cute pictures! 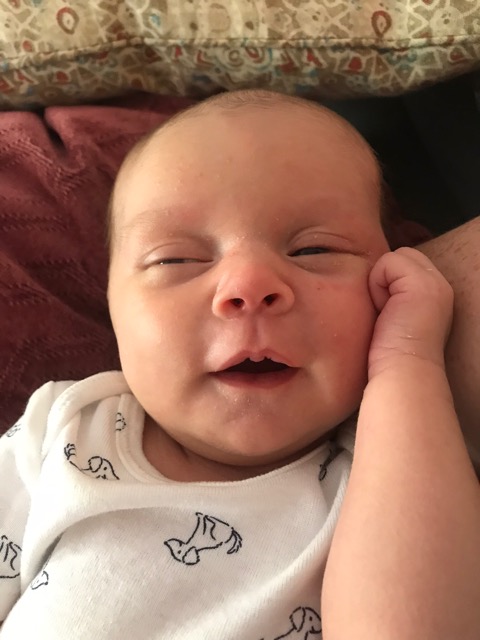 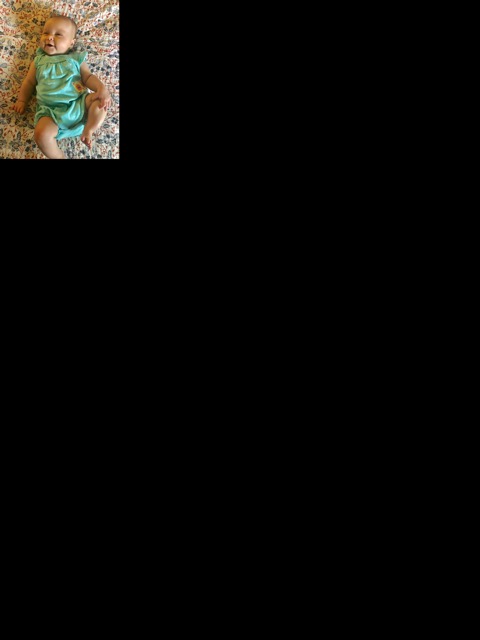 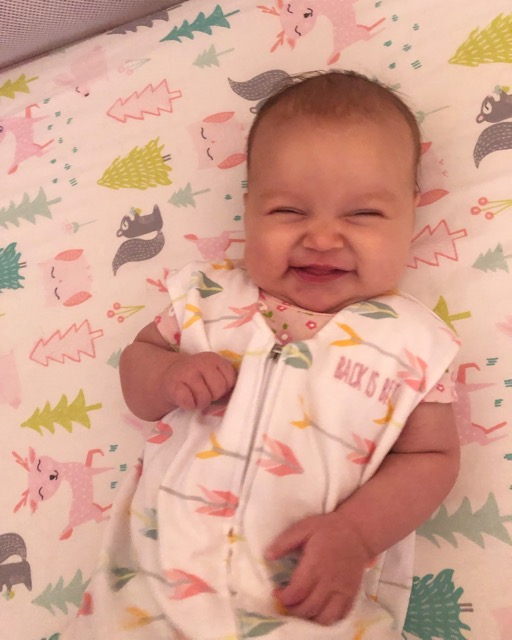 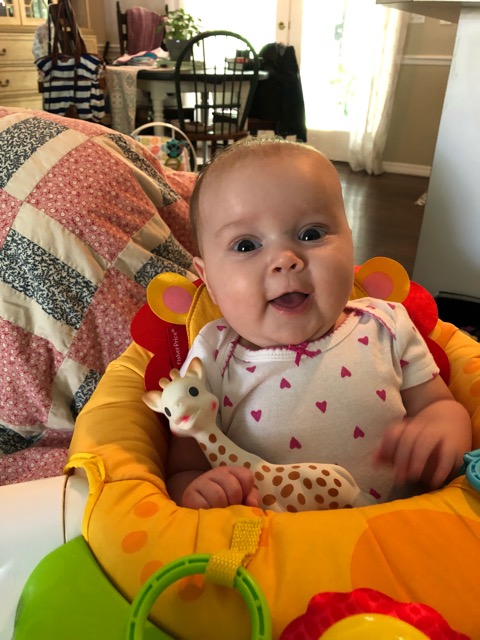 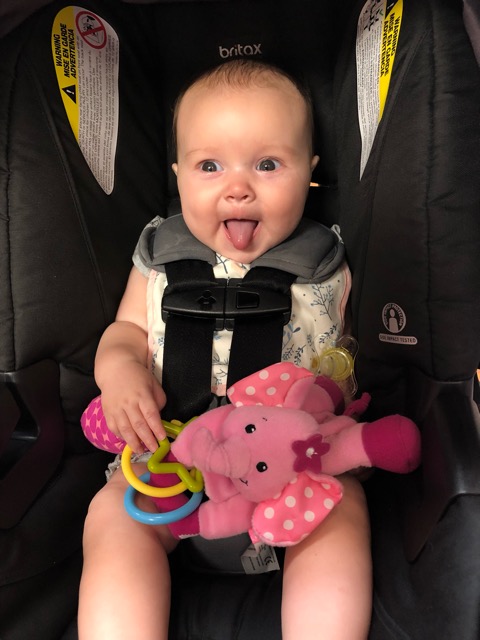