If they admit what they did ( TRIGGER VIOLENCE) does it mean they are really sorry ?

I’m sorry my other post I deleted when I meant to click to edit the message. So I didn’t see all reply’s 😞 I’m clearly as dumb as a box of rocks..

It’s too long to say the whole thing .. but I ended things and he wants me back I have ghosted him because I explained etc and didn’t work ..

I blocked him but he now WhatsApp me on another phone ..

I hate to say his words are getting to me and im starting to melt ..

He even told his ex wife and his friends what he did and he told me that they said “ I’m a good woman for sticking by him” now I look bad ..

As I said before I am embarrassed and ashamed about what happened that night and have told NO ONE in my real life what happened.

He’s a soft looking guy so I bet his friends aren’t even taking him seriously. I have read about violence and they don’t usually admit what happened ..

He is admitting so it’s like he’s really sorry ?

Would you give another chance ? Or stay strong ? I’m clearly weak he is so sad he also sending me voice notes and he’s in tears .🥺

Wish I had someone to talk to. 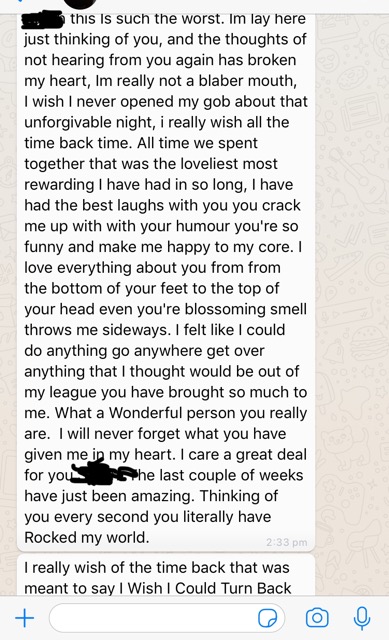 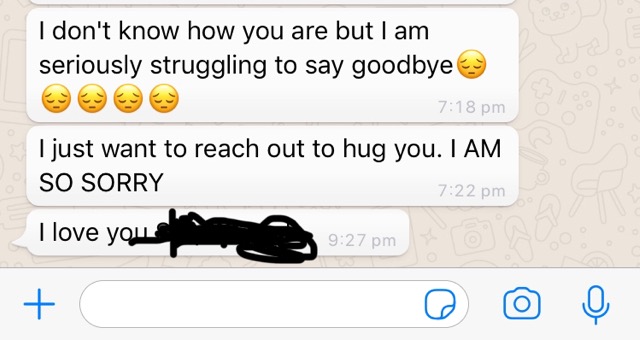 Edit - reporting it never crossed my mind. It was just me and him that was there that night .. it happened in the middle of the night and so I stayed till the next day .. there is no proof he is such a nice guy so who exactly would believe me when I don’t have any video or wittiness. 😔 but I don’t think I could do that anyway .. I already feel bad..

The messages have continued through the night .. I am so tired ..

Can you report an incident without evidence or witness? I wasn’t planning to but a few have suggested it ..