I have to share with someone other than my journal. I’m pregnant! I had a miscarriage back in June, and my husband and I were devastated. We recently discussed and decided to just let things happen whenever, which meant no intentional planning and no intentional avoidance (SUPER hard for me!). I honestly thought maybe I was experiencing implantation bleeding last week, but then I thought I shouldn’t get my hopes up, and just tried to convince myself AF decided to come early. I spotted for 5 days, but I thought it must have been AF dragging out the spotting party before things kicked in...but by day 6 of spotting and no AF I gave in and decided to take a test. I just found out last night (1 day before AF was due, day 6 of spotting).

I was in disbelief. I took 2 more this morning, and they were so much darker, but for being 4 weeks and a day, I’ve never had such dark tests (my 1st pregnancy with my now almost 2-year-old son wasn’t that dark at 4 weeks). Anyone else have tests this dark at around 4 weeks? I am overjoyed, and it’s still hard to believe. My husband has NO CLUE! He thinks AF is in full swing right now (He confirmed today that he is under the impression that AF arrived). I am leaning toward waiting and surprising him. Anyway, I want more than anything for this to be a healthy pregnancy and to have a healthy little baby. I’m excited, and I just had to share my joy somewhere, otherwise I might not get through waiting to tell my husband! 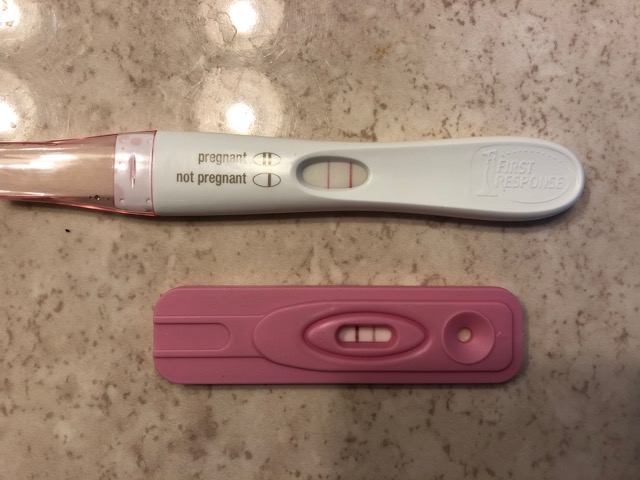