So my last post I did anonymously but it was about how my iud strings went missing. I went to the hospital and the did an X-ray and it’s bent backwards but they said it’s still in place but instead of being 7inches (which is what it’s normally supposed to sit at) it’s sitting 10 inches inside. They said they can’t take it out I’ll have to go to an obgyn to have it removed, which I can’t do until I get back on insurance. Should I be worried and get it removed ASAP or is this okay? The picture on the left is from February when I had an X-ray of my back (I have rods bc scoliosis and it was a check up) and the picture on the right was from the hospital a few days ago. 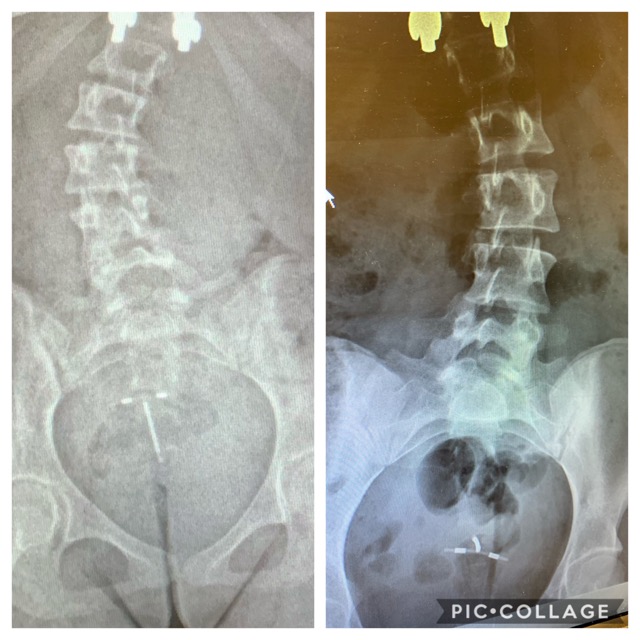