I posted last time about my baby daddy who became physical with me and is trying to control my every move ever since i became pregnant. That’s why i am choosing my mom to be in the labor and delivery room with me since i can only have one person since the pandemic. Well he called me last night very drunk saying he wanted the baby’s sonogram picture of the last time i went to the doctors office. It has been more than a week and now he remembered after drinking that i had an appointment. I wrote him this message is it wrong to not let your baby see his father when he is clearly a drunk? It’s my biggest fear to let him carry the baby or drive with the baby while being drunk. He says he doesn’t drink but he clearly does. 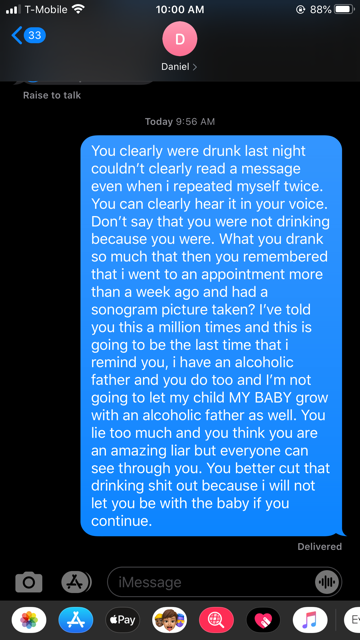