Please I need some advice!

(We have been together for 6years).

I found out they went out karaoke together with a bunch of other people and found out she had taken videos of him and her together.

The videos didn’t look “friendly”. He had his arms around her and her arm was hanging off of his. There were several videos all for about 4-5 seconds each of the same thing. She was touching his arm and he had his arm around her. It broke me, it still makes me sick to my stomach, it’s making me cry as I write this post. We haven’t been in contact for almost 2 weeks now and he msgd me randomly saying the following. I still love him, but I can’t look at him the same. What do I do???? 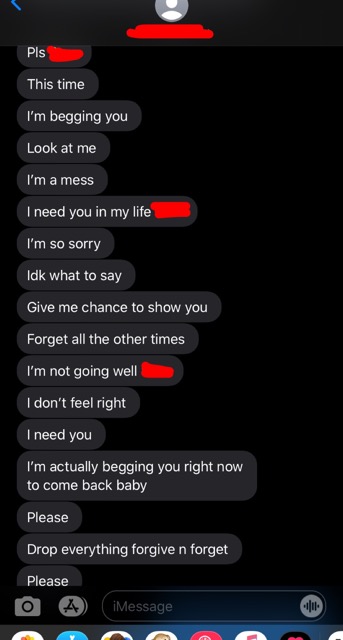