My son is rolling around all night like crazy. He used to bump his head every 20 minutes and ending up with his legs out of crib... no sleep for him or myself. He often cried during night because he bumped his head too hard. After 20 sleepless months (it was accident that made me put him sleep next to me, to monitor him) I realized he sleeps very well (still rolling like crazy) without his usual wake ups and crying “Mama”. So for 4 months he sleeps with me, it worked for him and for me... but now I wonder if anyone’s child sleep like this - crazy rolling around everywhere and so much?

I can’t even imagine him sleeping in a toddler bed without any sides or a hole for him to get in/out. He would fell right through it. Also cribs won’t work as they are so small (in Europe they are even half size what’s in US).

This co-sleeping works for now as we both get good sleep but I know I can’t continue this way too long. I just don’t know what to do as neither crib nor toddler bed would work. We have King size bed and he has lots of space to roll. So I think maybe very large crib? Or twin size bed with sides all around?

Update: These pics are from travelling in the last 11 months so we have been in many houses and hotels and didn’t even have a crib for a while. So this is how he slept during naps at the hotel or at home. During night I sleep next to him (and time to time keep removing his legs or/and feet from my face, or moving him back into a normal position). 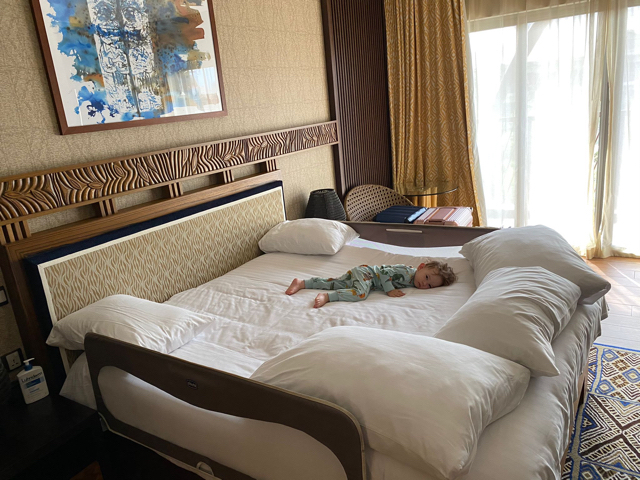 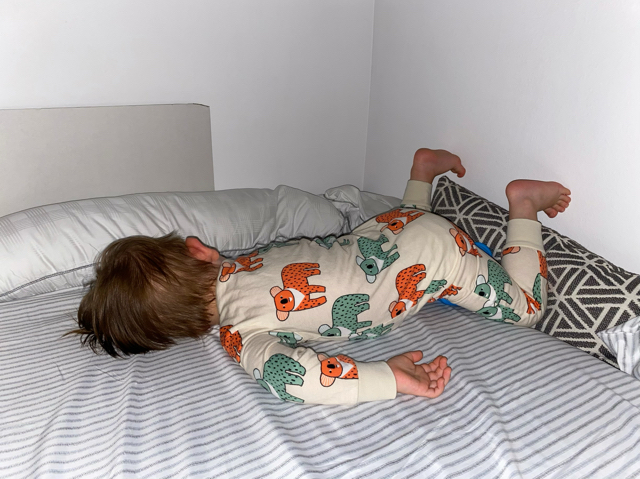