I know that there are some people here who do not believe in GOD or in a specific God and I am by no means trying to force my beliefs on you but I juts want to give someone else some hope.

I'm 22 years old, got married when I was 19 and decided to start trying few months after our wedding. We got pregnant on first try but miscarried at 7 weeks. I was devastated! Mind you, for some stupid reason I thought I was never going to have kids ever since I was like 8 years old. So the ability to concieve that first time was a welcomed suprise...until we lost him/her. We decided to start trying 2 months later with no luck. I sunk deeper and deeper into depression. I didn't believe in God's ability nor have enough faith in the fact that we as women, we are all meant to be mothers, it's never his will that we do not have children.

It wasn't until last year ending that I decided I was honestly going to let go and let God, I wasn't ready to lose my sanity and my marriage. And I decided to be genuinely happy with or without a child (for now). After a year and half of tears and pain and anger and faith and doubt and expectancy and giving up (you get my drift) I got a blazing bfp this morning. My last bfp was super faint but this one is so dark and it's somewhat reassuring for me. I pray for everyone else who is still desiring and expecting, I honestly pray you all get your bfp, and not only that that we all have healthy pregnancies and healthy babies. 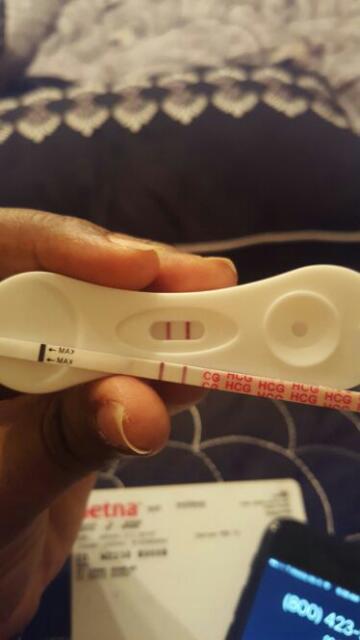