Well anyways according to BC I was due to start Sunday but I never started bleeding. Tuesday I had very light bleeding when I wiped. Wednesday morning it was a little heavier so I put in a tampon (assuming it would pick up while I was at work)

I changed it a few times during the day it was fine and then Wednesday night I pulled out a tampon and these 2 were stuck on it. I'm assuming it's a miscarriage. I've never had one and when I called the drs they said it sounded like it. I took two test afterwards and they were negative so I'm just looking for some feed back. I'm going out of town today so the doctor chose not to test me and for me to just keep and eye out on myself and if I have any concerns to call.

Is this a miscarriage even with a negative home pregnancy test? I've been so upset and depressed and feel like I finally got another baby and taking the pill killed it. 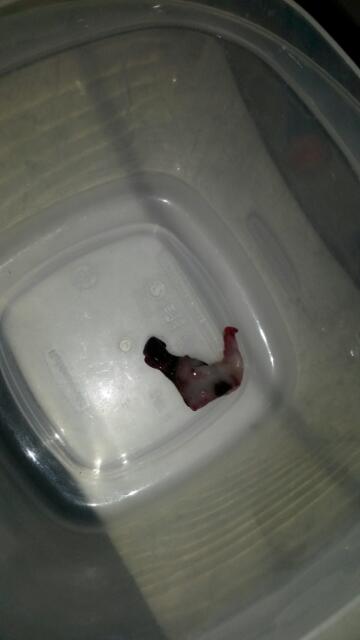 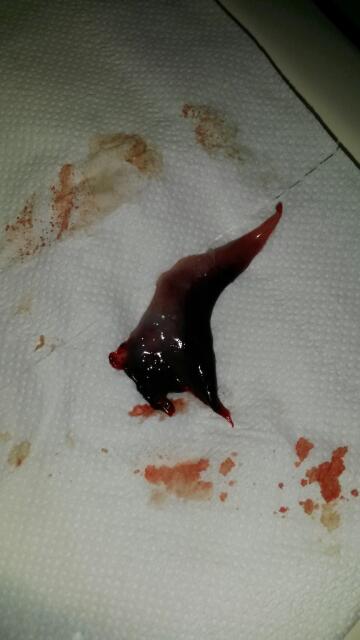